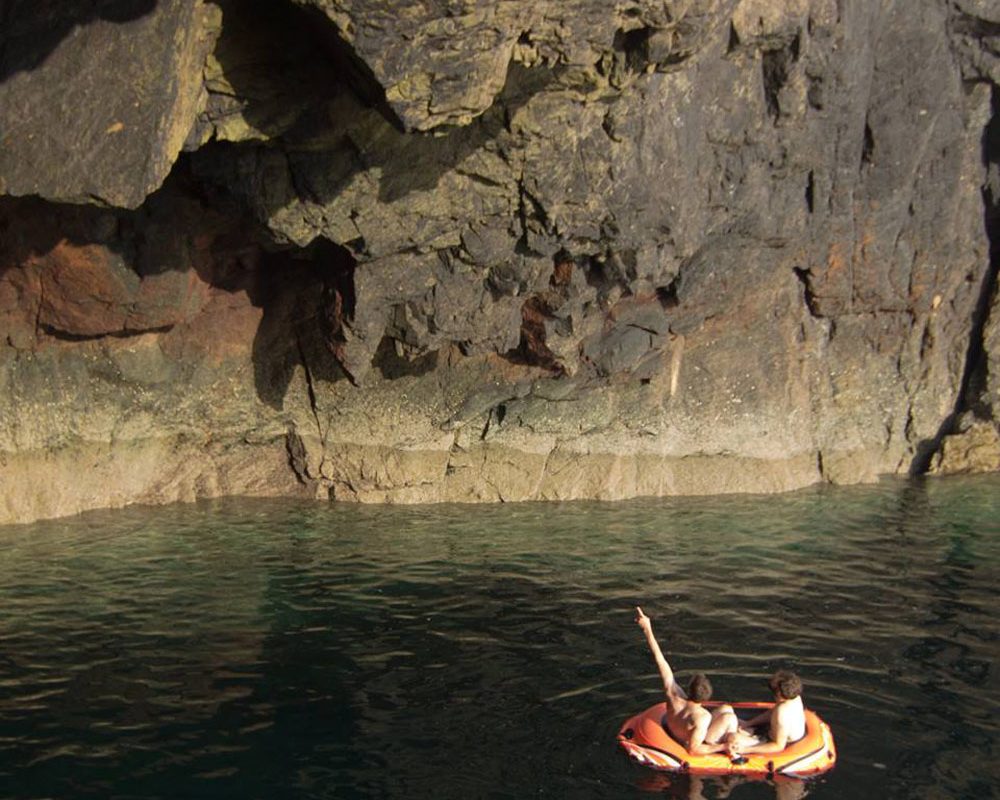 We recently caught up with Dan McManus about his finger injury, the lack of rest and how it affected majority of his climbing year. Read his account and what he has planned for, what will hopefully be, an injury free 2019.

In the winter 2017/18 my climbing was going well. Strength has long been my weakness, but I’d been doing few routes and more boulders for a year or two and was improving. I also hadn’t long been back in North Wales and the new Ground Up bouldering guide had recently come out opening a whole new world of awesome areas to check out.

Over the previous year I’d already done some of my best boulders ever, such as Bytilith Wall (Lleyn f7c+), Extreme Event (Benllech 7c+), Big Orange (Lleyn f7c+), and my own Black Mirror (Llanberis f8a). I was hoping to continue seeking out incredible highballs and especially to finish off Devil’s Blade (Ogwen f8a+) and try Mur Gwyn (Ogwen f8a). 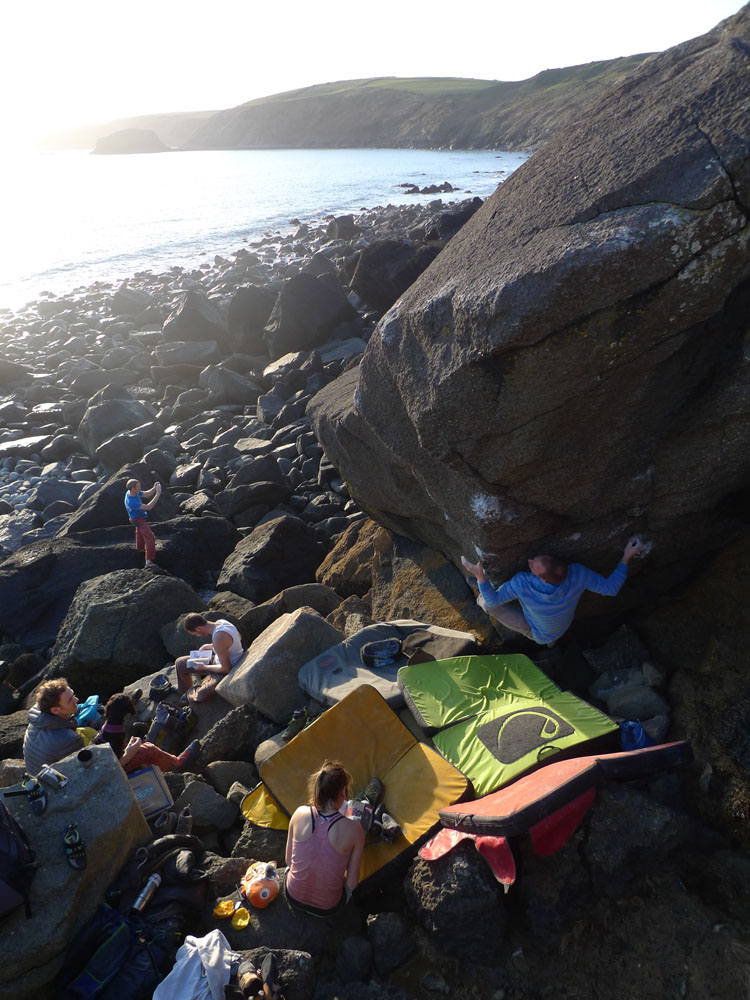 Sometime in March the local wall was hosting a fun competition and I thought there was a chance, maybe, that I could burn off Pete Robins. This competiton was more a test of endurance than bouldering prowess with a total of about 70 problems on which all competitors could score points. After 5 hours of bouldering I felt like I’d just climbed El Cap, but had fluked a few problems that I thought would put me ahead of Pete. All my fingers ached but that was to be expected. A day of rest and the fingers were all good except one, which went on to stay with me for about 6 months and the driest summer for decades. I also lost the bouldering comp to Pete, who had left to rest, and returned hours later to climb one more problem which put him ahead.

I have had tweaky pulleys in the past and I should have known better, but in the first instance I decided to ignore the problem hoping it would go away. This turned what was a very minor sprain into something that caused pain on all crimps. I had to rein in my climbing considerably and resorted to copious taping. I decided not to stop climbing in the belief that I would ‘climb through it’. 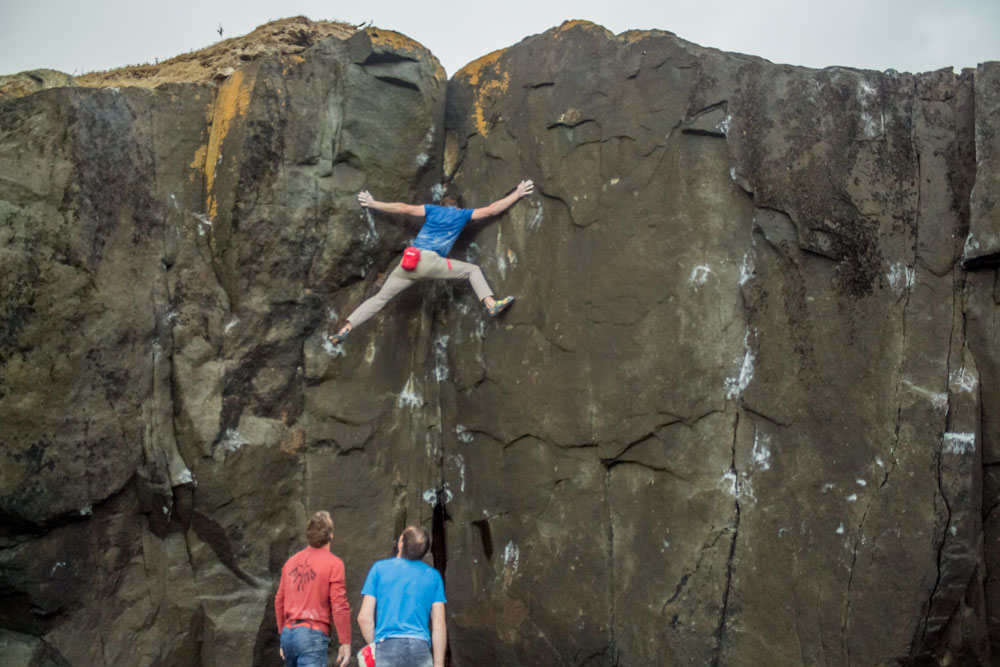 There were still some good days out during the summer months. I reasoned that head-pointing, being a more controlled activity, is more amenable to climbing with a finger injury. So, I top-roped Gribin Wall Climb (Ogwen E9) and eventually had a go on the lead. This wasn’t genius in hindsight with it being a 7c wall climb with small holds and bad protection, but a great route. The route has two halves, one being hard and dangerous the other being easy and, momentarily, safe. I was able to execute the difficult and dangerous section perfectly and place protection. I was also able to slip off on the safest and one of the easiest moves on the route. This made me feel like an idiot, and that I have much to learn about head-pointing.

It was also a great summer for deep water soloing and some attempts were made on a route at Rhoscolyn I did in 2011, White Lightning (originally F7b). I returned several times with strong teams, but none, including my own attempts to repeat my own route, were successful. It would be great to see this route get some more ascents. Another day provided a highlight, making the first ascent of a very highball corner problem Shakira (Lleyn 7b+). Hard corners are rare and this has incredibly few holds requiring some intense bridging and palming manoeuvres. 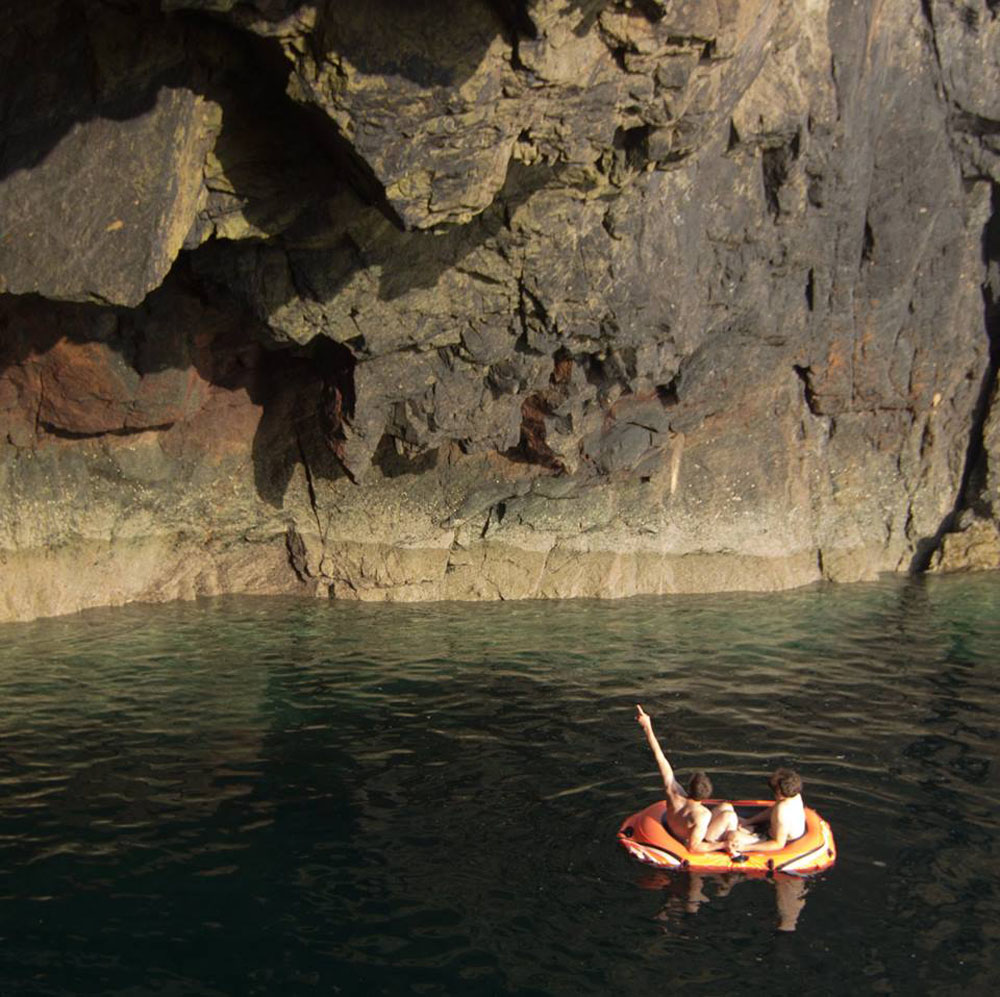 Months later in August, my research work meant relocating to Kent for three months, which also happened to provide a cure to my pulley injury. I pray I never have another and have to resort to such drastic measures. I’m looking forward to a fresh start and injury free year in 2019, with trips to Spain, the Bugaboos and Ireland already in the pipeline, and hopefully this will also be the year White Lightning gets repeated!

Keep an eye out on Dan’s profile and the Scarpa page for all his 2019 adventures.