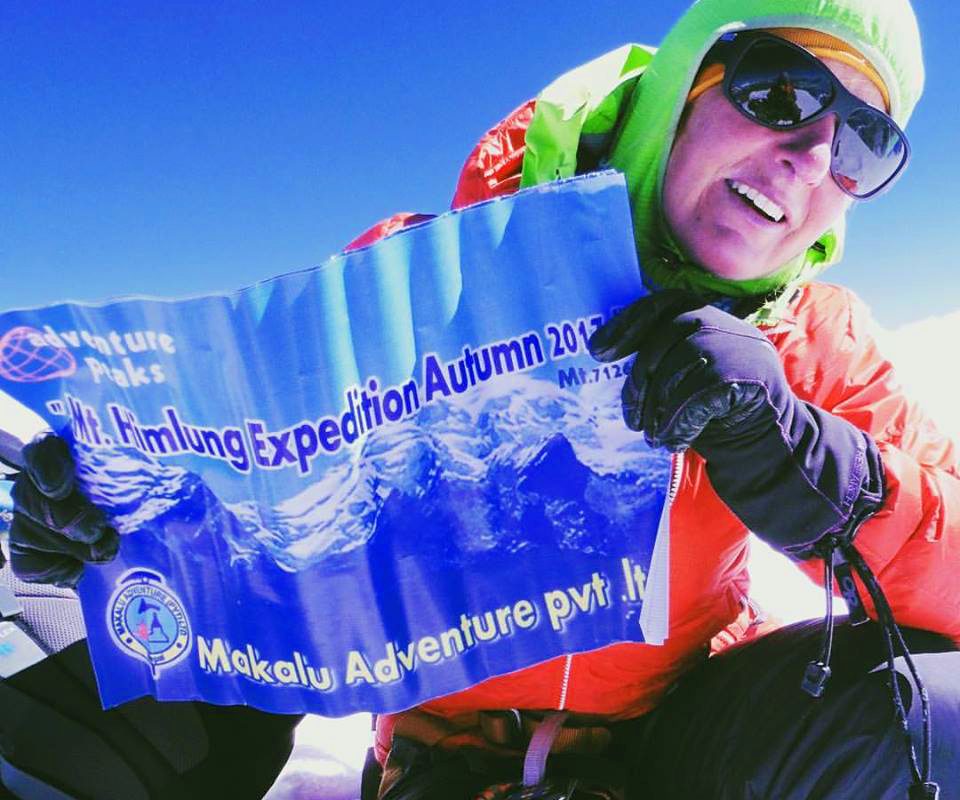 Scarpa Athlete Di Gilbert has spent 17 weeks this year living at high altitude, working as an expedition leader and guide.  She has worked on 3 expeditions in the Himalayas; Cho Oyu (8201m), Manaslu (8163m) and Himlung Himal (7216m).  This is Di’s story from her time in Asia and her review of the Zodiac approach shoes along with the Phantom 6000 and 8000 boots.

“I am extremely picky about certain things in life. Having worked in the mountaineering industry for over 24 years, I know how hard the conditions can be. So, I look for products on the market that are going to make my life as easy as possible. Losing toes to the cold is simply not an option, how stupid would I look flopping around in my flip-flops with no toes? 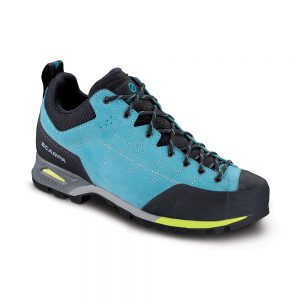 Let’s start off with one of the best approach shoes out there – the Scarpa Zodiac. I have been using the Zodiac since May 2016 when they first popped onto the market. Their inaugural outing was on one of the world’s most specular but brutal treks – the approach to K2 (8611m). Initially following the Baltoro Glacier, before going onto the Godwin-Austen Glacier, the terrain underfoot is far from desirable and continues for over 100km. Boulders, scree, sharp edges, rubble and if you’re lucky, short sections of trail. For 12 weeks, every day that I wasn’t wearing high altitude boots I was seen wearing these. What amazed me most about these shoes, is that after being hammered for 12 weeks, after a quick rinse to get rid of all the dust, they looked brand new.

“For 12 weeks, every day that I wasn’t wearing high altitude boots I was seen wearing these”

These shoes then came to be to on Cho Oyu and anybody who knows this hill will know about the horrorfest from base camp to camp 1. The moraine section isn’t that bad but the steep scree slope is out of this world. Think about walking up An Stac Screes on the Cuillins for 4/5 hours without the track and you get some idea of the terrain. 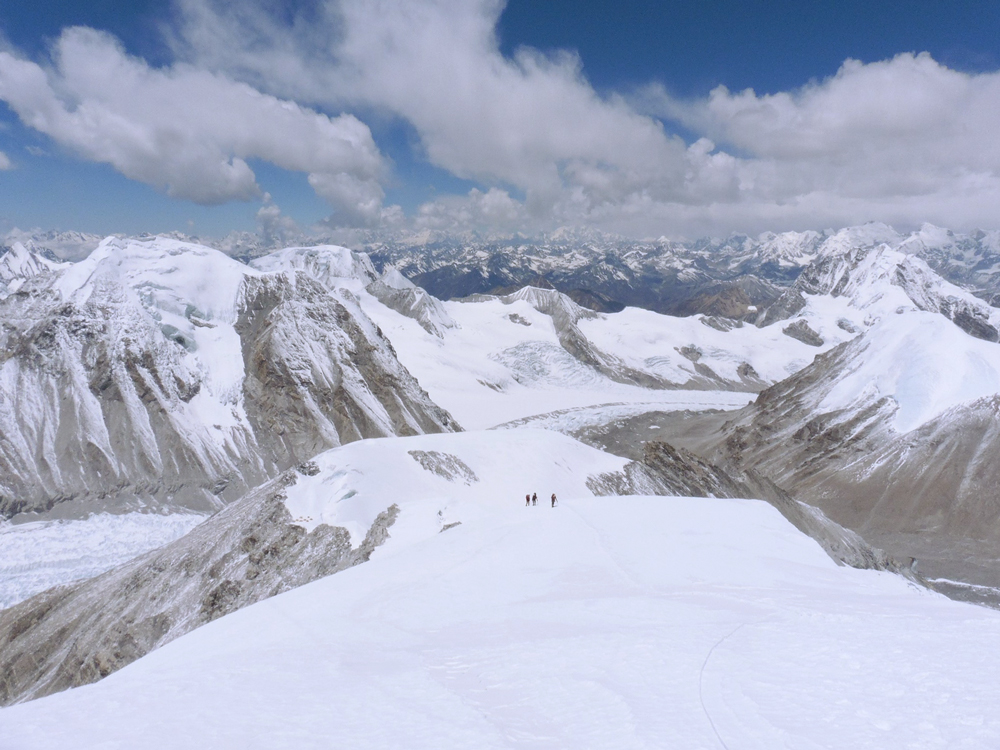 “What I love most about the Zodiac?  Without a doubt, the sock fit technology which gives an amazing fit.”

Next up was Manaslu and another expedition living in the Zodiac and if I am honest my intention was to put them in the bin when I came off the hill. However though worse for wear, the shoe’s still hadn’t fallen apart and they were still so comfortable! Needless to say, I thought that they had one more trip in them, so off to Himlung they went and still they kept on going. At the end of Himlung, they were really going to go in the bin (or maybe they would have made good gardening shoes?) but then as I was sitting in a tea house at the end of the expedition, I saw Endra our assistant cook who really did have shoes on that were falling apart. So, a quick size check and the Zodiacs have a new home and will continue to live on in the mountains. 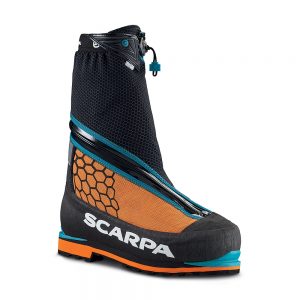 Over the years I have experimented with different approaches to big mountains. Although technology has moved on over the years, high altitude boots are still big, clumpy and heavy compared to approach shoes or mid-altitude boots. So, on all my rotations now I opt to wear the Scarpa Phantom 6000 and will only pull on the big boy for a summit attempt. In fact, I had so much confidence in this boot that I used them for our Himlung Himal summit push and although I went beyond the recommended 6500m limit, I came home with all toes intact.

The great thing about these boots is the compromise between weight, dexterity, and warmth. It is vital for me to preserve as much energy as possible whilst on rotations and if I can save weight but keep warm it’s a win-win situation. 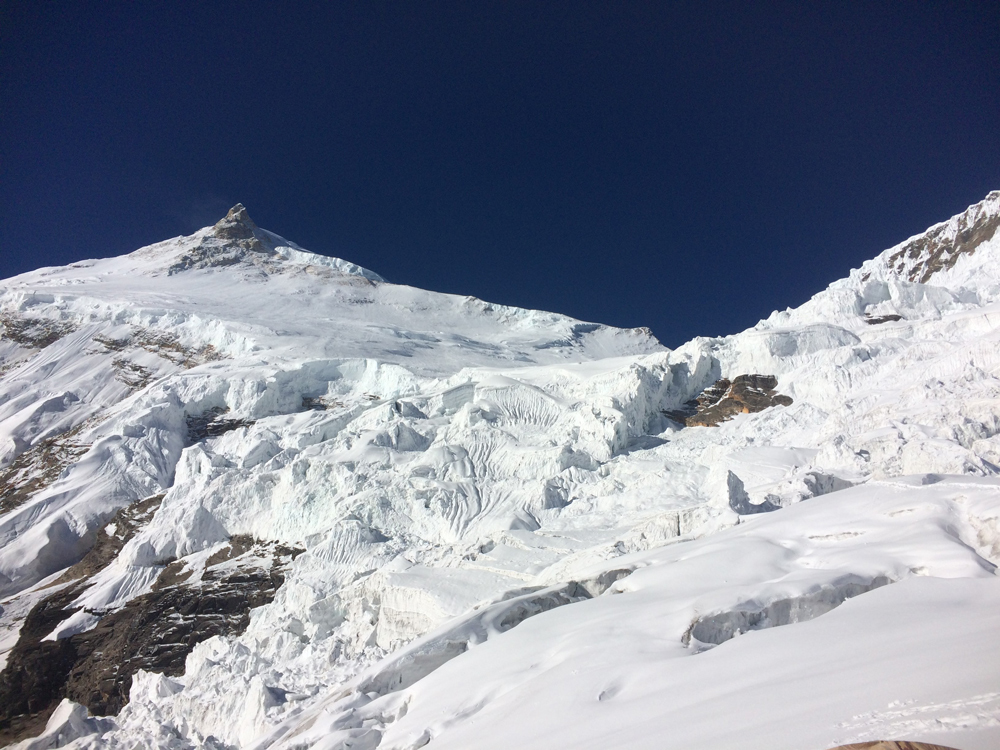 “The great thing about these boots is that it is a compromise between weight, dexterity of the boot and warmth”

On summit rotations, the only boot for me is the Scarpa Phantom 8000. The integrated gaiter is hard wearing but at the same time flexible enough to not hinder movement. The reflective flash on the back gets illuminated well in the dark which is cool to watch when you are following somebody on fixed ropes wearing the same boots. 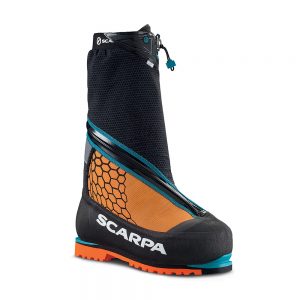 The yoga moves required to pull up the zip on both the 6000m and 8000m take a little bit of time to master, but once done a few times it becomes fairly natural. By introducing the twist around zip, Scarpa has removed the weak point on the zip where the ankle flexed as with the older models.

“The terrain underfoot is far from desirable and continues for over 100km.  Boulders, scree, sharp edges, rubble and if you are lucky, short sections of trail”

By far one of the biggest selling points of both these boots is the weight. Since they are so light for what they are, I never have any question about strapping them onto the outside of my rucksack and wearing the approach shoes for as long as possible.

Things to remember about the Phantom 6000 and 8000? Like all mountaineering equipment, you must look after it. After an expedition, spend 5 minutes clearing away all the grit and make sure you lube the zips with the Tizip that comes with the boot. Look after your boots – they look after you.” 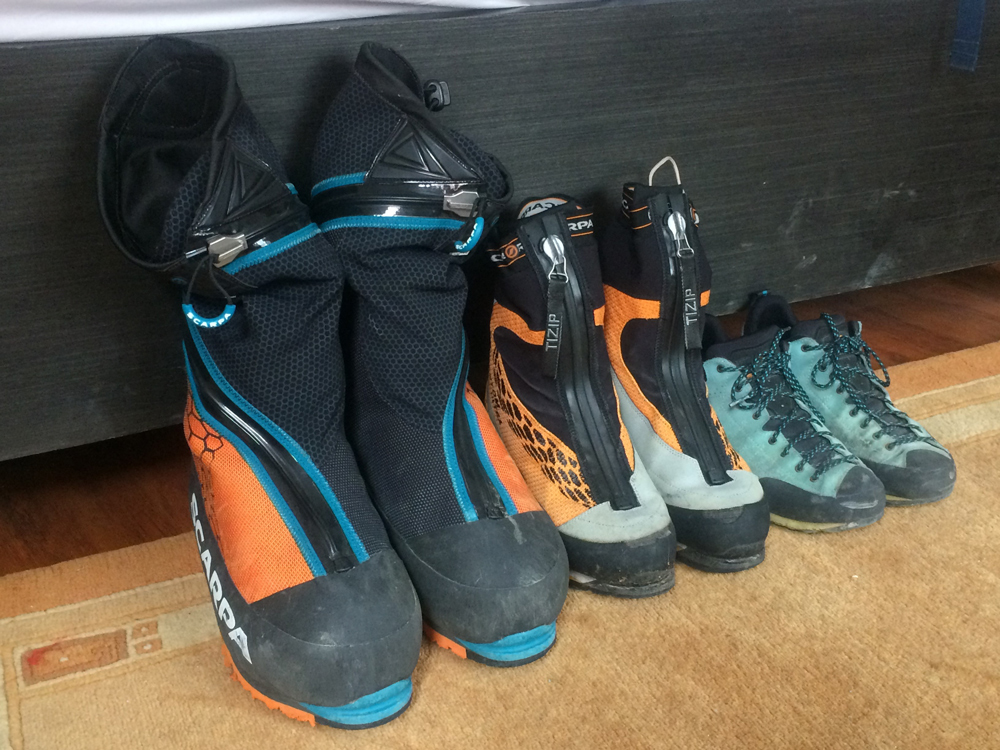 Phantom, Phantom, and Zodiac after 17 weeks in the Himalayas

Hear more from Di on her website and don’t forget to check out her Scarpa Team Profile!