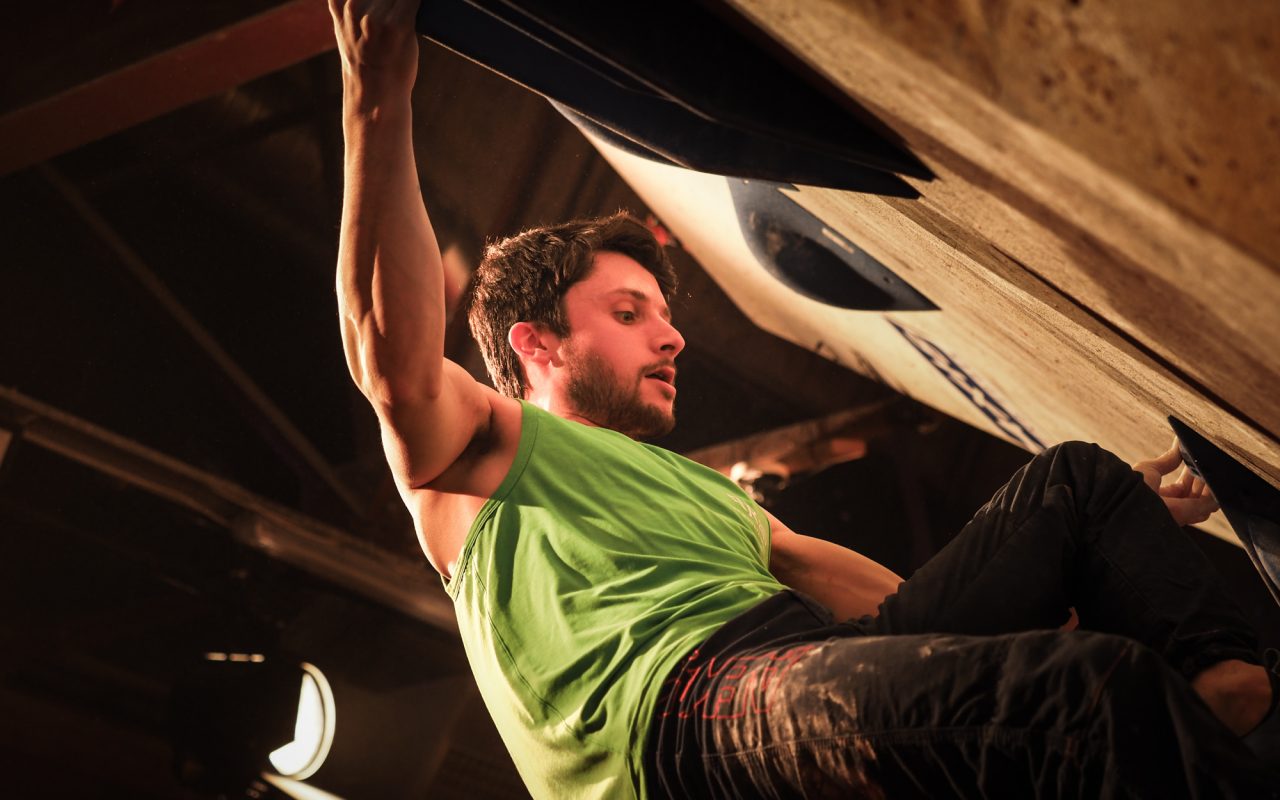 This year’s CWIF festival, held in Sheffield, was once again a great competition to attend and be a part of. This year’s event saw Scarpa UK athlete Nathan Phillips take the men’s title.

The Climbing Works International Festival has now been running for over a decade, with the bouldering competition getting bigger and better each year. Attracting not only top athletes from the UK but internationally as well. The problems are set by some of the world’s best route setters around and sees a fantastic standard of climbing through the whole event while keeping its fun atmosphere with the usual fancy dress session taking place on the Saturday evening. 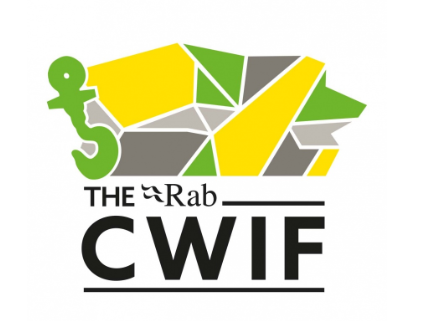 The competition is held over two days. Day one consisting of a circuit of 30 problems where it starts off easy (Font 5+/6a) and gets a lot harder along the way. Day one also includes a team competition where you can have some fun and climb with your friends – highest team score will win £1000. This year once again saw team Scarpa take the crown of the weekend.

Day two is a much more focused day and sees the semi-finals and finals take place on the competition wall. The top 20 male and females from day one start off in the semi-finals with the top 6 then going head to head in the evening’s final.

Seating and standing space were once again in great demand with the event attracting a large audience. A fantastic atmosphere and competitive spirit filled the wall throughout the event with everyone watching closely at who would take the top spot in both categories.

The men’s final was a fiercely fought competition with all 6 competitors taking on the four desperate problems. Nathan managed to secure his win before the final problem by securing the ‘zone’ hold faster than fellow Scarpa athlete, Canada’s Sean McColl. 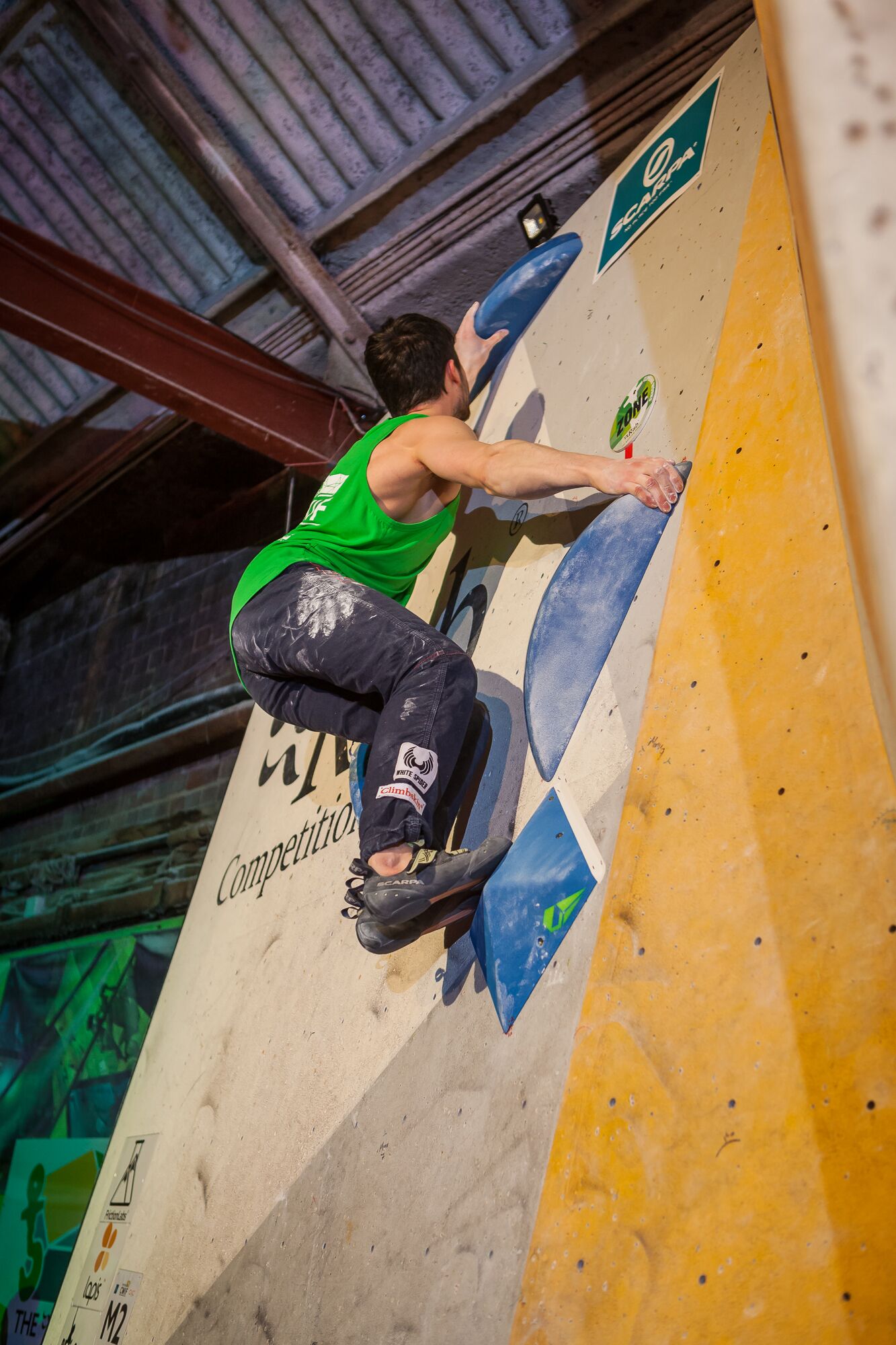 Nathan in action wearing his Scarpa’s

The women’s competition went to the wire and came down to the final problem but was eventually won by Melissa Le Neve from France.

The winners not only take home the title but a cash prize as well.

We caught up with Nathan shortly after his win and here’s what he had to say of the weekend;

“Coming into CWIF this year I felt like I had something to prove after a not so good performance at the GB Team selection event the week before. I wanted to show that I deserved to be on the World Cup circuit.

Saturday’s quails went well, topping all the boulders and coming in joint first with Will Bosi. Sunday was no different. After a silly first attempt on the first boulder where I forgot there was a hold around the arête, I once again topped all the boulders securing my first ever finals spot in CWIF. I’ve been doing this competition for 5 or 6 years now and finals have always eluded me, so I was elated to finally make it there. 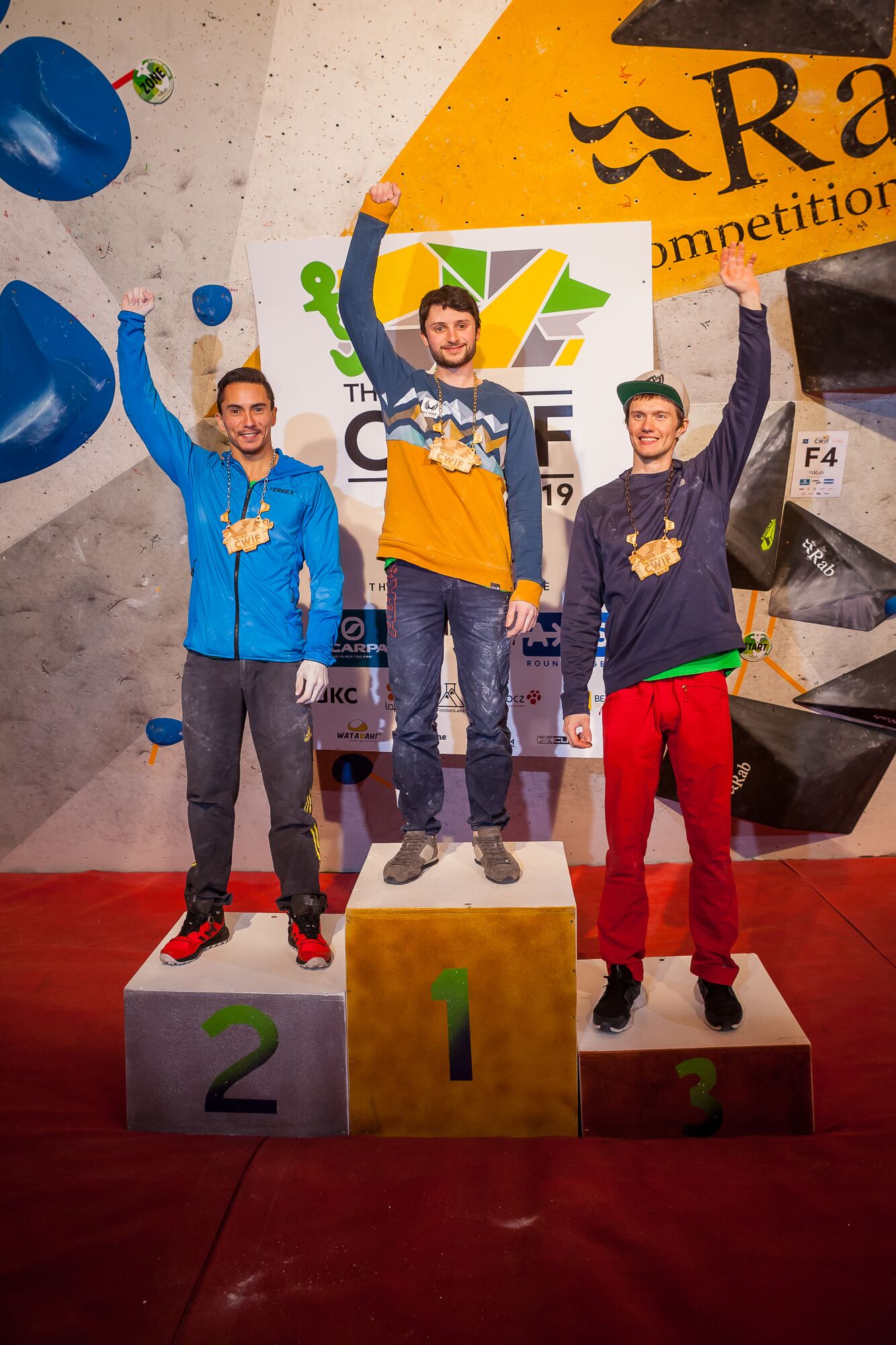 The finals were great. The atmosphere, the crowd, the blocs. I had so much fun. I didn’t manage to top all the blocs this time but because I was the only person to top the tricky slab and only Shaun McColl and myself doing another boulder meant I stood on the top spot of the podium. Crazy!

A great start to the season. Let’s see if I can keep it going. Next stop, StudioBloc Masters in Germany.”

We at Scarpa are proud to be a main sponsor of the CWIF and are already looking forward to 2020.

Keep an eye out on Nathan’s plans on our social pages.