Jacob Cook has been out in Yosemite this Autumn with the goal of climbing El Cap in a day, via Freerider. Last week he successfully completed the route in a day, taking 16 hours and 45 minutes and climbed the route with Pete Whittaker. We caught up with Jacob to find how it all went.

You’ve been heading to Yosemite now for a number of years, when did you first decide you wanted to free climb El Cap in a day?

Yeah, this was my 5th trip here since Spring 2014! Last Spring I climbed El Niño on El Cap over 6 days with Robbie Phillips; hauling all of our food and water for a week on the wall was really hard and massively cut down on the amount of climbing we could do. It got me thinking how nice it would be to be up there with next to nothing and able to move over the rock quickly and efficiently, I guess that’s where the motivation for trying Freerider in a day came from. 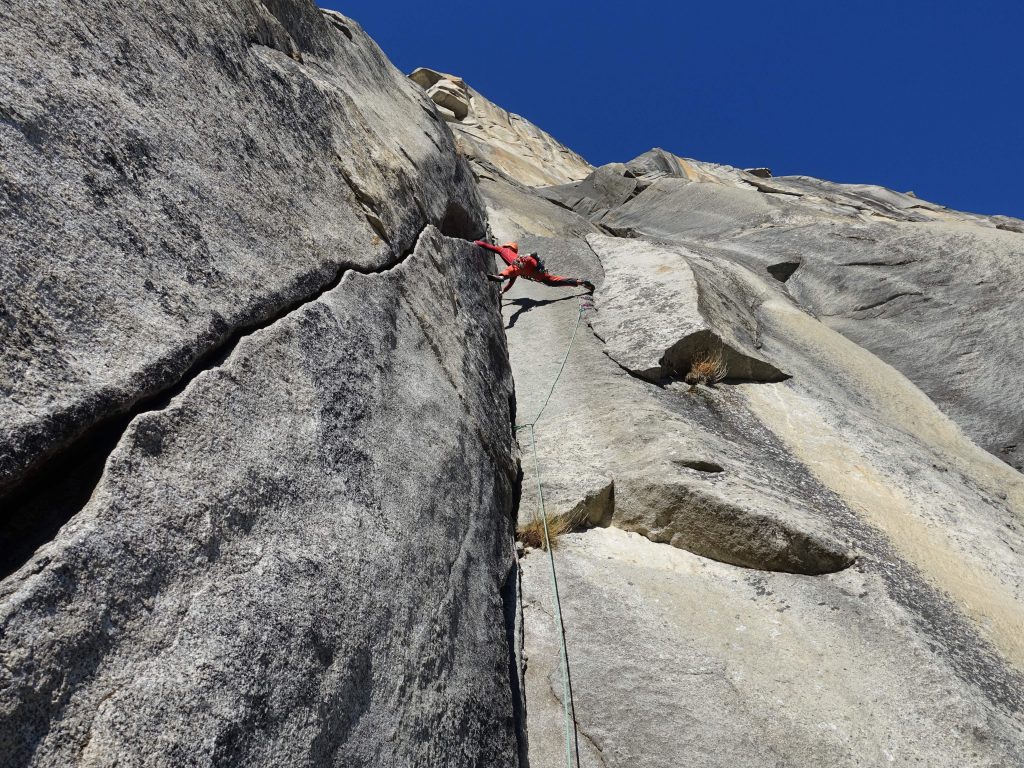 You and Pete climbed the route together, was this planned or did you just meet up in camp? Are we right in thinking this makes you the third British team to climb El Cap in a day?

Pete and I had met a couple of times before, but Robbie Phillips realised by independently talking to both of us that we each wanted a partner for Freerider in a day and put us in touch. As far as I’m aware Pete and I are the 4th and 5th brits to free El Cap in a day after Leo Houlding, Ben Bransby and Dan McManus. We may also be the first British team to manage a team-free ascent of El Cap in a day. Pete wanted a partner to prepare for his rope-solo-free ascent of the whole route, which is absolutely mind-blowing, hats off to Pete for a truly cutting edge achievement!

How much organisation and logistics was required in the build up to the route?

A lot! We had to stash a lot of water on route as it would be totally impractical to carry all our water from the start, combined we drank about 11L over the 17 hours! We had 3 practice days during which we were able to climb on all but 2 of the routes 33 pitches. When we left the ground for the send go we had water, 2 cams and a rope stashed at pitch 11, a tag line at 18, water and bagels at 19 and more water at 29. 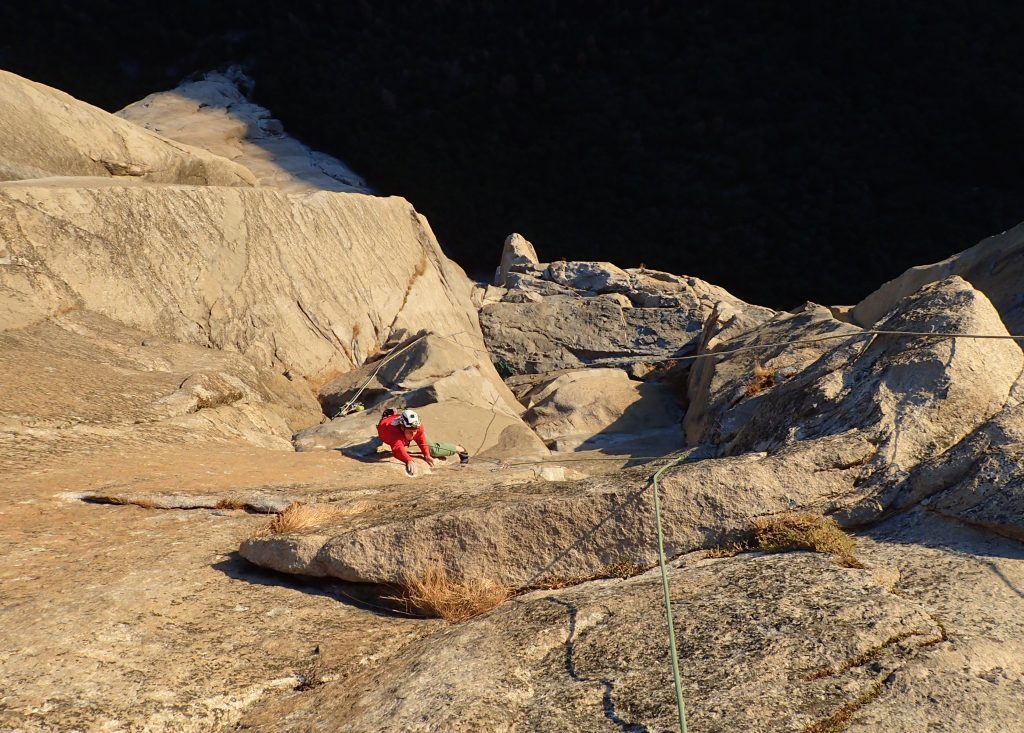 What were your tactics for the route? Did you have rough timings planned to arrive at certain pitches?

We simul-climbed the first 17 pitches in 4 lead blocks, from there the route gets steeper and harder so we pitched out the remaining 16. We’d always said we wanted to arrive at the 7c+ crux pitch 24 in the cooler evening temps, but somehow we climbed faster than expected and got there in the hottest part of the afternoon… doh! We definitely played to our strengths with who lead which pitch, Pete got the offwidths and I got the laybacks!

What was your lowest and highest points on the route?

My favourite part was the first half, we simul-climbed it in under 6 hours, it was outrageously fun to be moving so fast on the big cliff! The low-point for me was the infamous “Scotty Burke Offwidth” 3 pitches below the top; I was so tired I couldn’t even shout and both my arms were cramping, I silently wrestled with the beast for the best part of an hour in the dark, an epic battle! 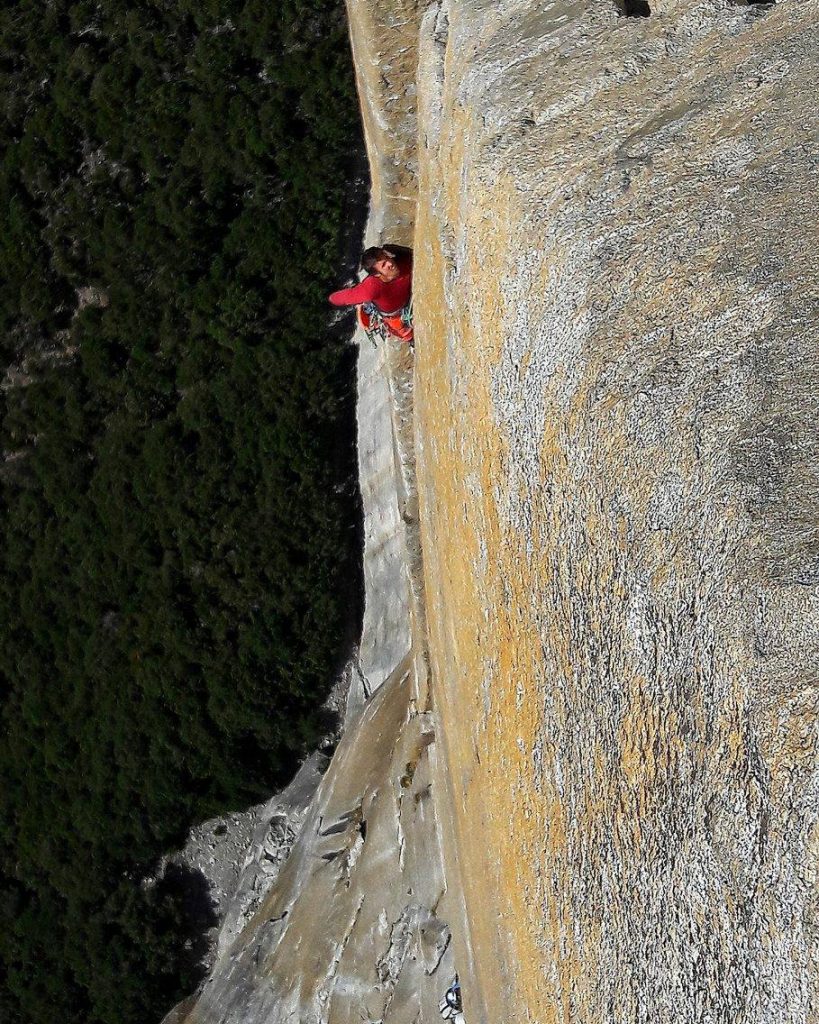 My mental process for the route was remarkably similar to redpointing a sport route, just scaled up a lot! What made the difference on the second attempt was really focusing on being super relaxed and efficient on the moderate pitches, this meant I had the juice left on the hard pitches up high. This sounds obvious, but climbing 20 pitches of El Cap without expending any excess energy is quite tricky. 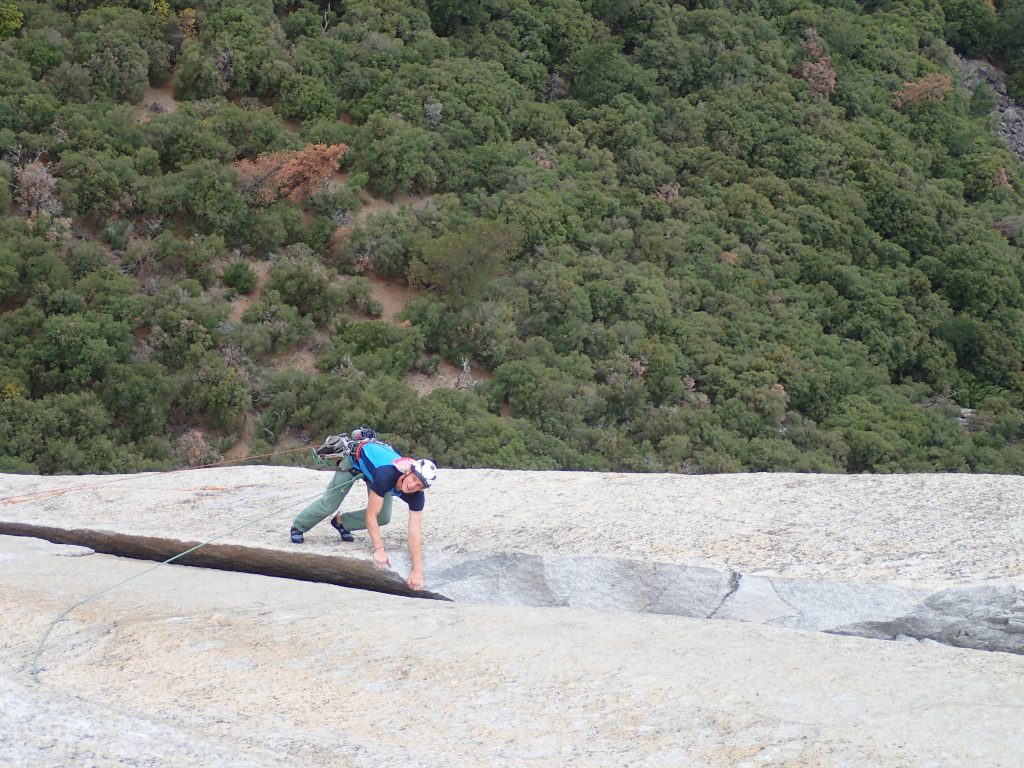 What’ve you got planned next in Yosemite?

There’s an infinite number of ever more difficult challenges on these walls! One day I’d love to free climb another El Cap route in a day, but I know I’d need to be significantly fitter than I am now. Hopefully this will be good motivation to do some training this winter!

Thanks Jacob, have a read of Jacob’s previous article about Yosemite here