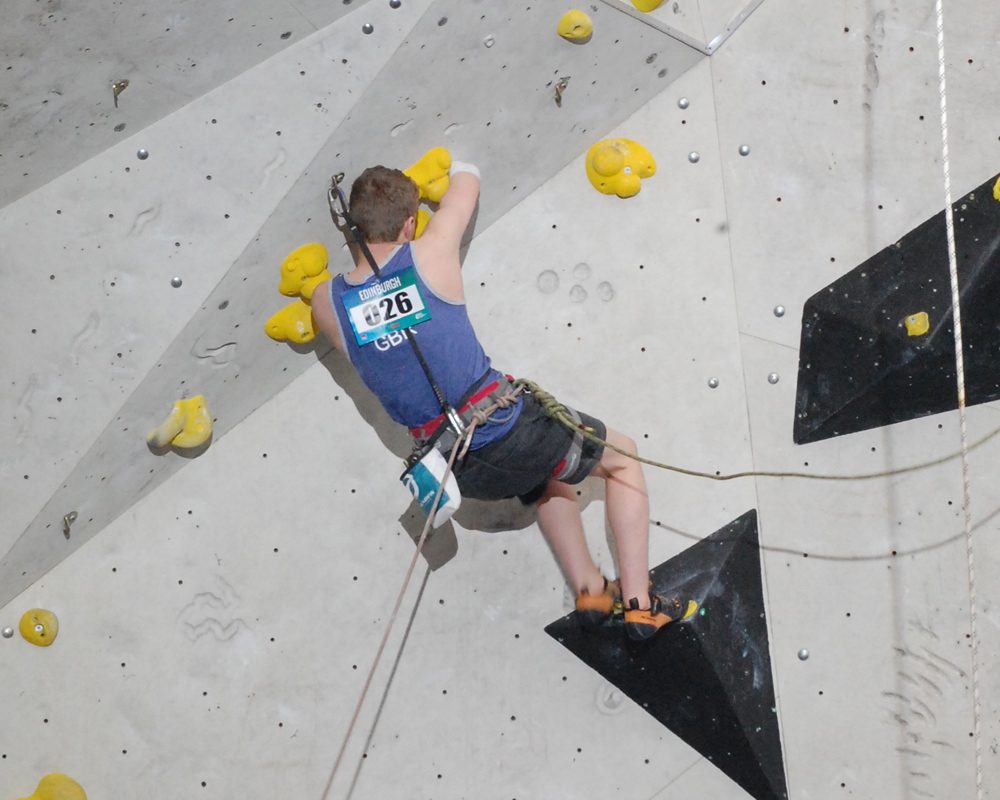 Matthew Phillips is a Scarpa supported athlete and an ambassador for Paraclimbing nationally and abroad. After achieving Gold at this summers IFSC Paraclimbing cup in Sheffield and having another successful year with the GB Pararclimbing Team – Matthew speaks to us about the last few months and encourages people with disabilities to get involved with climbing.

Hi Matthew, it’s been a while since we last spoke in February, what have you been up to through the summer?

“Having completed my GCSE’s in June I spent July in Brisbane and Sydney; Australia, staying with friends. Whilst I was over there I attended an event, as an ambassador for Paraclimbing hosted by Sport Climbing Queensland, the purpose of the event was to encourage Australians to try Paraclimbing and promote the sport. I also climbed with some of the National Australian Youth Team at their training sessions at their local indoor wall as well as some outdoor climbing at Kangaroo Point in Brisbane itself.

I have also managed to get out on the grit a couple of times in the Peak District and in
Dartmoor.”

Have you faced any major challenges over the last 8 months?

“The biggest challenges have been balancing my GCSE Exams with training this year,
coupled with this a new competitor has appeared at the internationals who given me a run for
my money.” 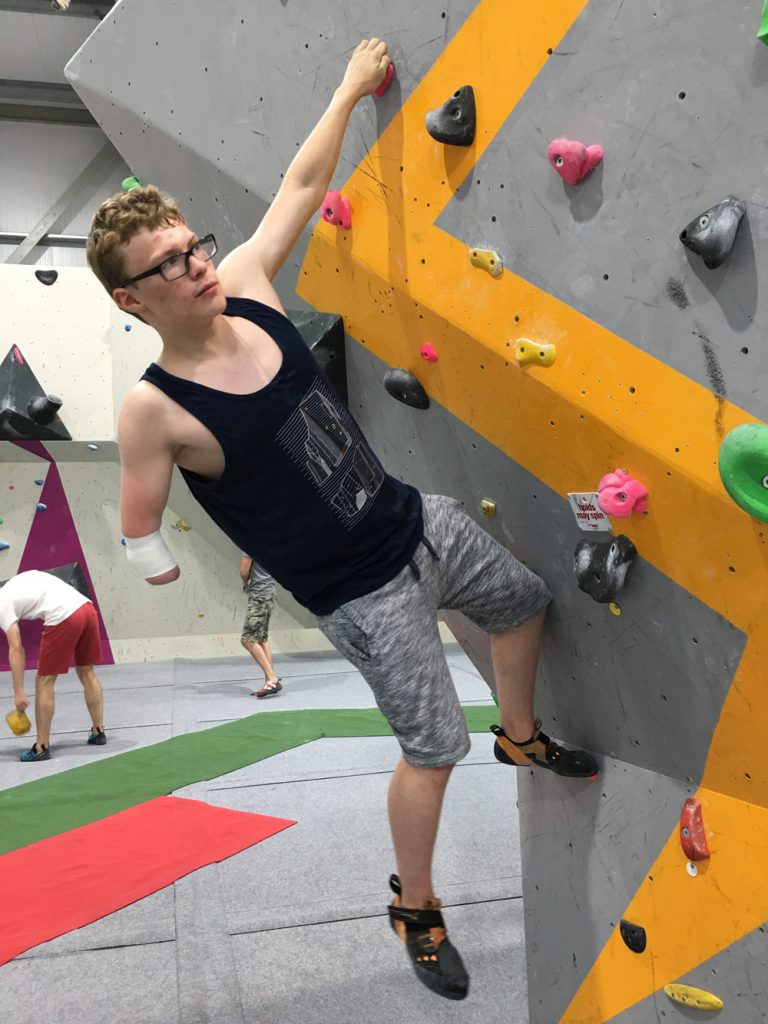 Matthew training at his local wall

What competition climbing have you been taking part in?

“Unfortunately, I was in Australia for a couple of internationals but I managed to compete in
the two home ground international competitions in Edinburgh and Sheffield. I got Silver in
Edinburgh and Gold in Sheffield. The Edinburgh competition was amazing as it was held at
the same time as the main IFSC World Cup so there were crowds of around 1000 each
day watching the Paraclimbers.”

Do you have any outdoor highlights you’d like to tell us about?

“I have been climbing at Kangaroo Point, Australia; Dartmoor and the Peak District at Stanage
Edge and Plantation. I managed to do a seconded ascent of Flying Buttress at Stanage Edge and
have been working on Deliverance. I did manage to send Green Traverse at Stanage
Plantation.”

Can you tell us a bit about the Scarpa rock shoes you’ve been using?

“The Scarpa Instinct VS are a great shoe, they have a really good fit and are quick to break in. The
rubber is amazing and sticks to holds like a dream. The shoe edge is perfectly designed
to be placed on all edges and the shoe offers flexibility for smearing. The rubber covering
the top is great for toe hooking and the heel hooking ability is great as well. Overall the
Instinct VS is a good aggressive shoe, that works well in competition and outdoor climbing as well.”

Can you tell us some more about the GB Paraclimbing team and what’s in store for the future?

“The GB Paraclimbing Team have done extremely well this year with 17 medals overall
gained this season. They are a great bunch of people and we are all very close. Currently,
we have one more round of the National Paraclimbing Series after which the team for 2018
will be selected. Next year will be a big year for the team with the World Climbing
Championships in Innsbruck in September.”

Do you see the growth of Paraclimbing and climbing, in general, continuing its upward course in popularity?

“I think interest in climbing will increase rapidly as we head to 2020. Paraclimbing is also increasing in popularity but we need to get more people involved both here in the UK and
internationally. People do not think that disabled people can take part in such a sport and
therefore getting people to try can be hard.

Paraclimbing is not yet in the Paralympics and unfortunately will not be in the near future. I understand that it is hoped to be included in the 2028 Paralympics but 36 countries need to take part in international competitions. Currently, I think only 16 – 20 regularly take part.
The national federations and IFSC need to invest more in Paraclimbing both financially and
in the promotion.”

Out in the Peak District this summer

Too see more from Matthew and learn more about paraclimbing see his website www.matthewphillips.me.uk