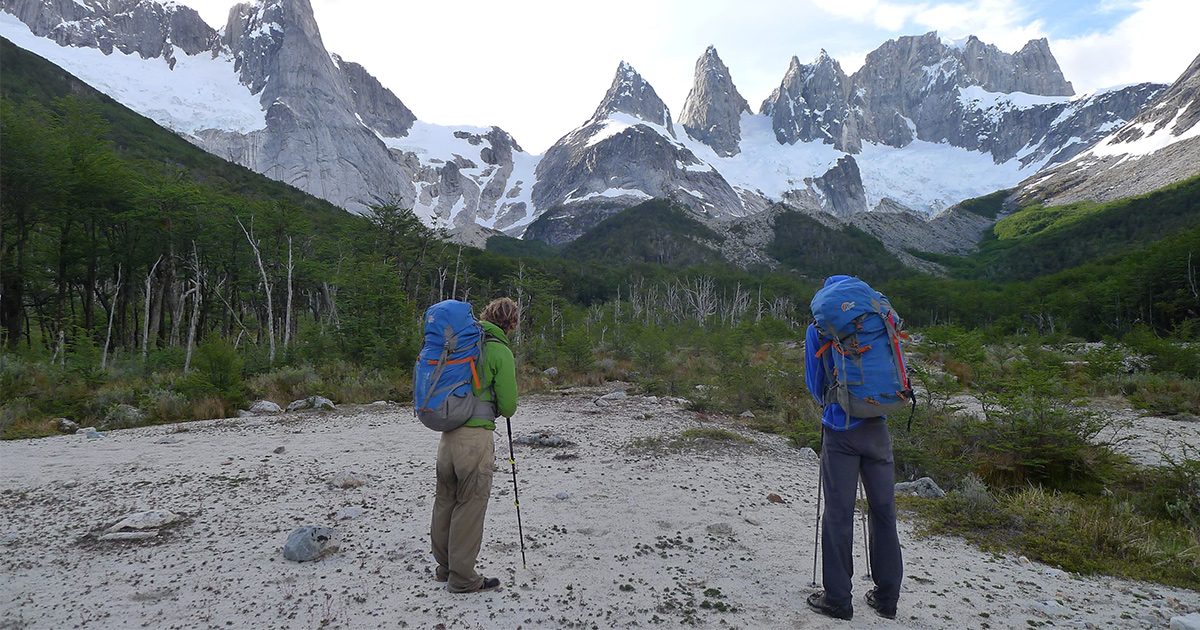 Alpinist & Guide Will Sim embarks on his latest expedition this week. Heading into Chilean Patagonia aiming for the big wall that has been on his and his expedition partner’s minds since 2014. Here are Will’s ponderings on the brink of his trip.

“It was 3 years ago, on a drizzly autumn’s day when my friend John Crook came around to where I was living in Llanberis. Without much surprise to anyone who knows John, he came armed not just with psyche to find dry rock amongst the penetrating drizzle. He also brought with him fresh stories from a far-flung expedition that had come to pass since our last meeting. 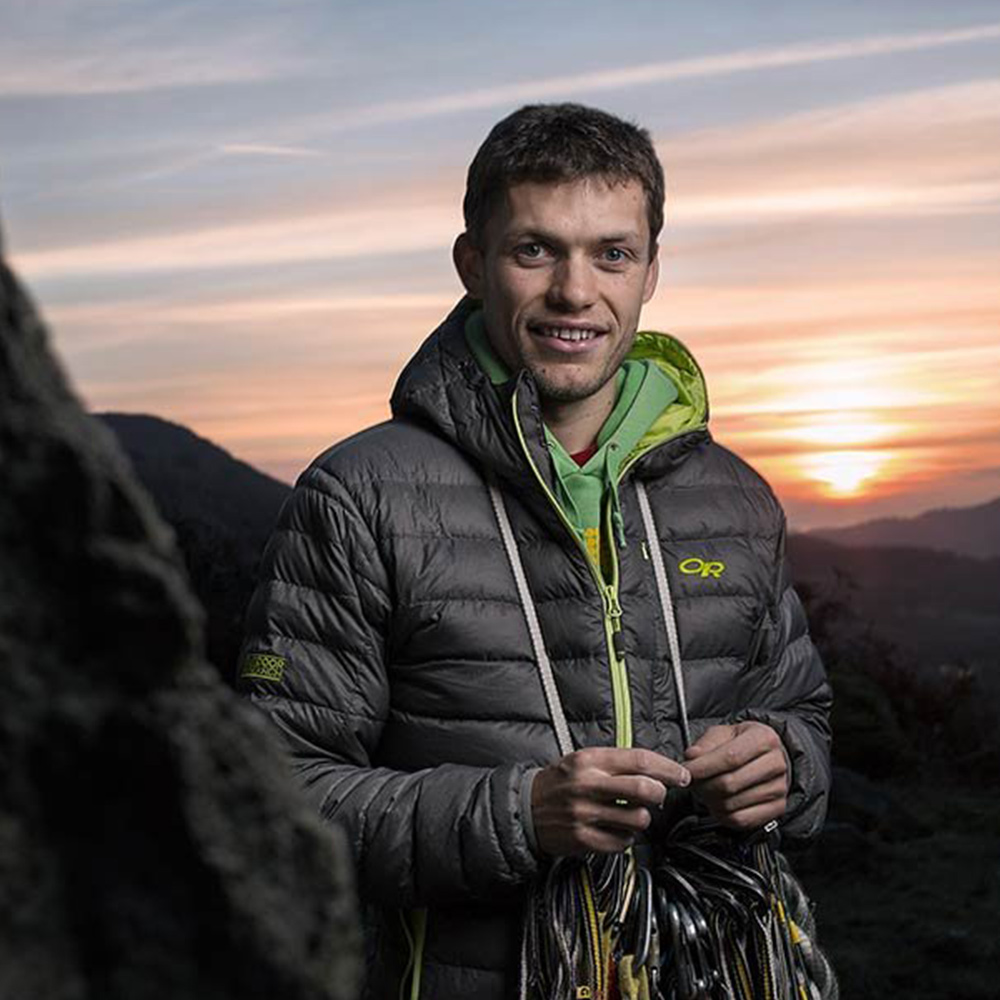 That evening sat in the little house on Snowdon street, John showed me hundreds of photos of exploratory climbing in the Andes and Patagonia. This had me squirming around restlessly on the sofa in excited jealousy…. Jungle bashing to access unclimbed crags, huge dolerite columns like a photoshopped Giant’s Causeway, big Andean ice faces. Most of all though, a picture of a conical tower-slash-big wall in a remote, almost untouched range of Chilean Patagonia. 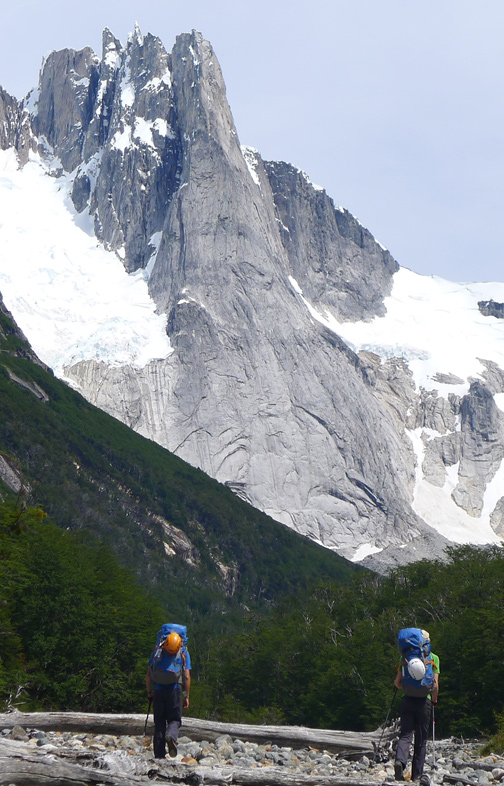 John returned to the conical tower-slash-big wall (the south Avellano Tower) in 2014 for a second attempt. He was accompanied by Will Harris, Andy Reeve, and Dave Brown, but weather-related factors prevented them from getting established properly on the wall.

“Jungle bashing to access unclimbed crags, huge dolerite columns like a photoshopped Giant’s causeway, big Andean ice faces, but most of all the conical tower-slash-big wall of Avellano”

While talking about trips and ideas on a wet rest day between guiding work this summer, with John Mccune and Paul Swail, the image of the Avellano tower crept back into my mind. It was somewhat serendipitous that John Crook ended up around my apartment the very same evening. Minimal persuasion later we had a rough plan hatched. John, John, Paul and myself chatted about dates for about one minute, realised we could all do it, and that was that. 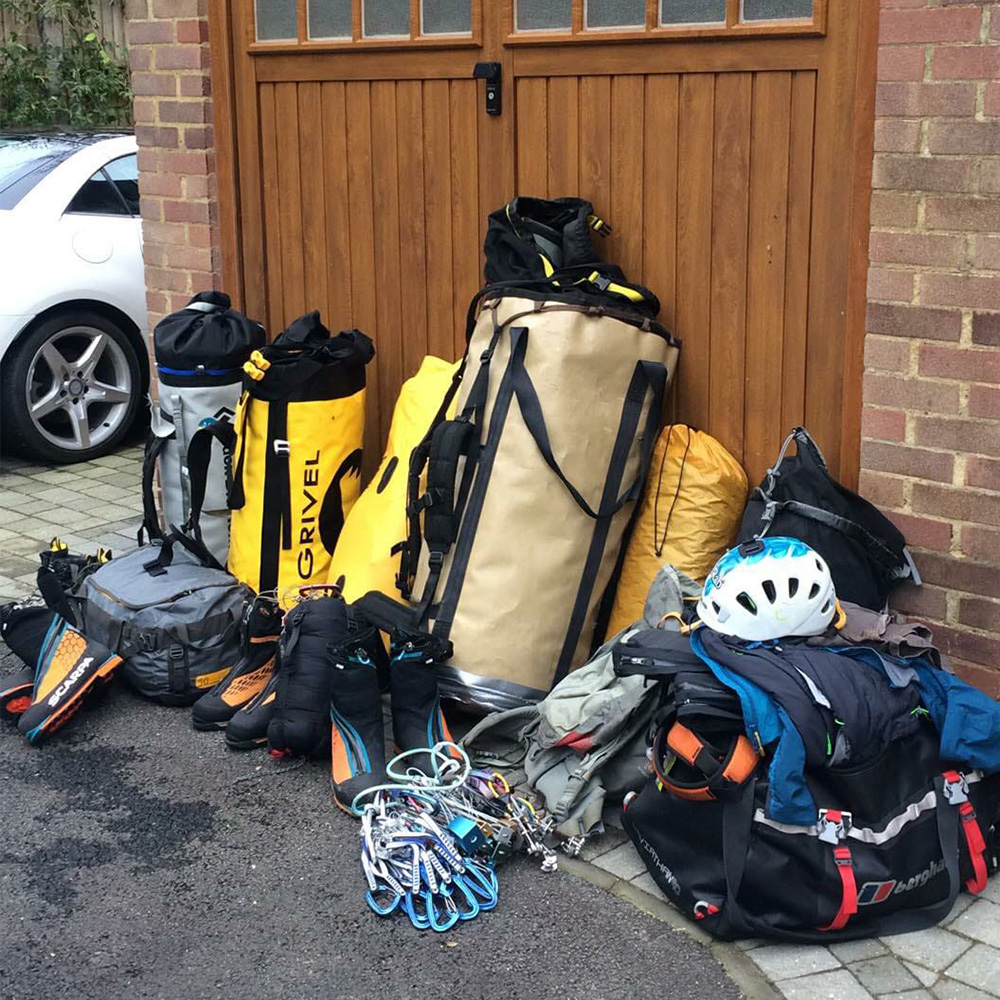 5 weeks worth of kit for Patagonia!

I’ve never climbed a true “big wall” outside of Yosemite, and it will be my first expedition that isn’t based around “alpine” objectives, i.e.fast, light and small numbers. But this is what I’m most psyched about, having a big crew in base-camp, sharing the good and bad times and a heavy, slow and robust climbing style which should allow us to climb in bad weather. Its all a bit of a departure from the expeditions I’m used to, but it just makes the pre-trip curiosity all the stronger!

Ultimately, when on the brink of a big trip, I always remind myself that first and foremost is the adventure, then if we do some half decent climbing along the way, then that’s great! Let’s see what the next 5 weeks bring.”

Keep up to date on Wills Patagonia expedition here on Instagram and on his Scarpa Team Profile.