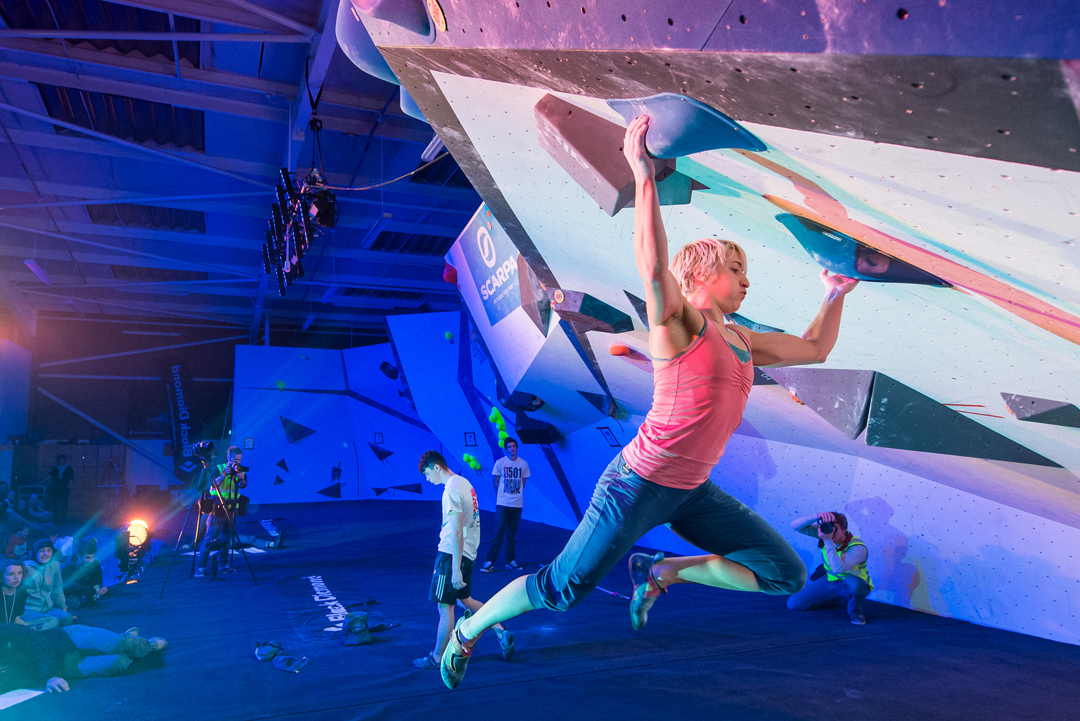 We caught up with Scarpa Athlete Michaela Tracy during the aftermath of last weekend’s Battle of Britain bouldering competition in Manchester. She gave us an insight into how she approached the final problems and how challenging a contest the BOB had been.

Competitions are fun, but they are not always easy…

The Battle of Britain was probably the most stressful one I have ever done. I won the event last year, but that was quite unexpected as I was recovering from injury and had mostly been climbing outside, I had no expectations and no pressure. This year, with Shauna taking part in the final Lead World Cup in Slovenia, I was the favourite to win – and I had a lot riding on this competition. The pressure got to me in the qualifiers; I struggled to find any rhythm in my climbing and only just managed to squeak into the finals. I knew I had to pull something special out. 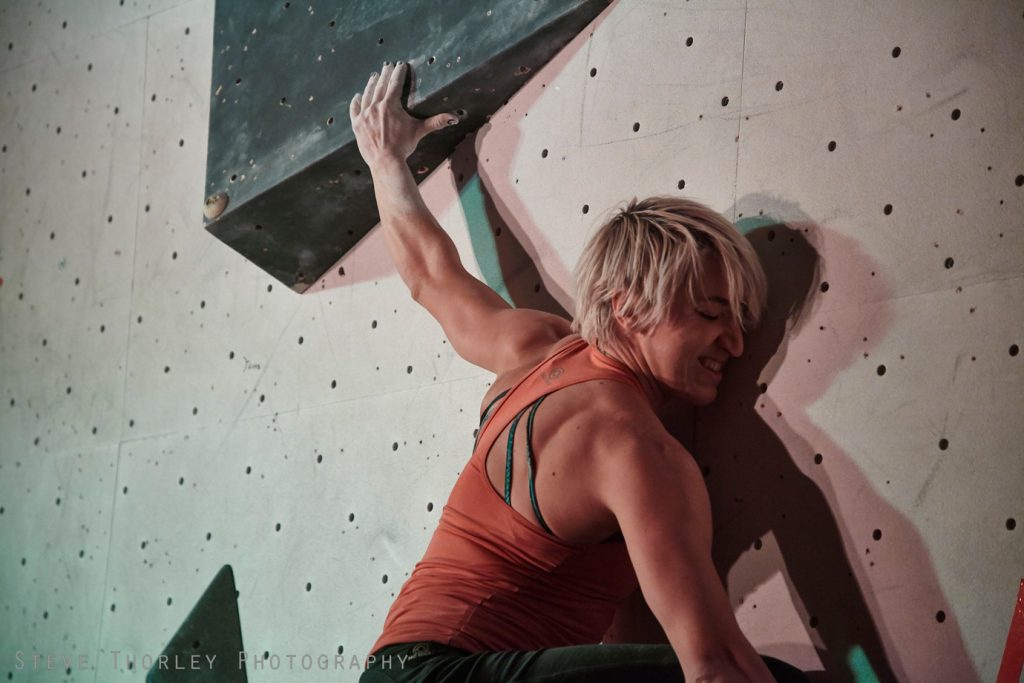 Looking at the boulders during the observation I felt reasonably confident – they were much more “competition-style” than the qualifiers and I knew that would suit me. They also looked hard, which was good, because a flash final would have given me no chance to make up the points I’d lost in the qualification round.

The first was a technical volume-based slab, I made it all the way to the last move on my first attempt – realised I had wrong-footed myself, tried to reverse and correct things, and slipped off! I couldn’t believe it. I took a moment, tried to compose myself, pulled back on – and my foot popped off the starting hold. Hmm. I pulled on again and forgot what I was doing with my body entirely. I was thinking so much about the top I wasn’t concentrating on the movement I was currently trying to do. One more go, I could hear the crowd cheering – I knew this was the last attempt I would have time for. I scrabbled my way through the first section, hop-swapped my feet on the tiny hold where I’d slipped off the time before. Now I was staring down the finishing hold, they’d put it the wrong way up so you’d have to move carefully: one, two, three, go! My fingers caught around the back of the final hold, automatically latching on – I matched and jumped back down onto the mats. Phew. 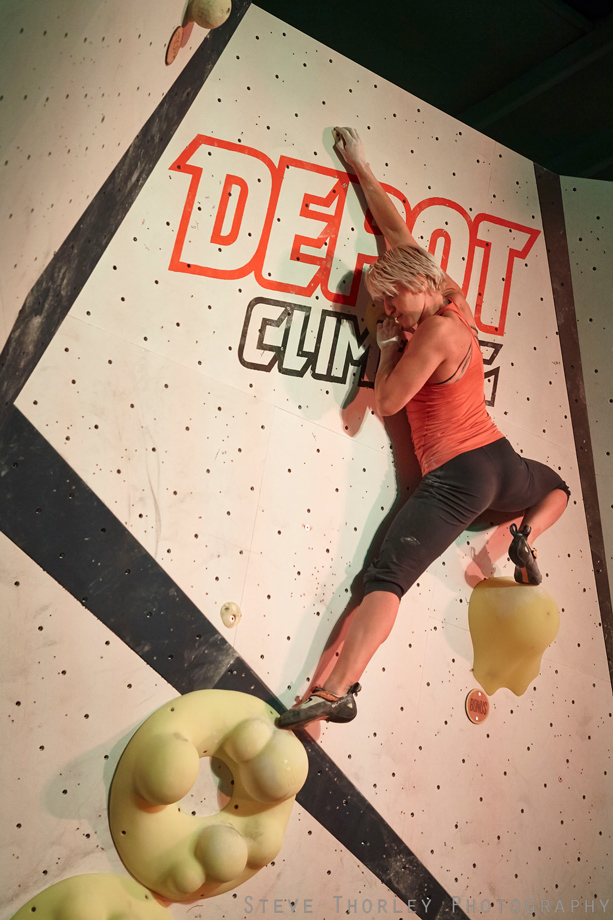 The second problem was my problem, or at least it should have been. Dynamic, powerful moves between volumes on an overhanging prow – one of my favourite styles. But for some reason when I got to the top, instead of throwing for the last hold I dithered; tried to put my heel by my hand, realised that wouldn’t work, back-tracked, but by that point I had no chance of holding the final throw. A few more goes left me with no more than fewer layers of skin. Oh dear. I had to wait now.

Behind the wall, I kept my headphones half over my ears and tried to listen to the noise of the crowd through the music playing. Isolation keeps you from knowing exactly what’s going on, but you can still tell a bit if you know what to listen for. Normally I don’t bother but this time I needed to know… Last move, last move, last move. No, probably not. Maybe this time? No, I don’t think so. It’s going to come down the last problem.

Coming out to the last problem I knew I needed to do it quickly if I wanted to have a chance of winning. The first move was an aggressive slap into a shoulder press, then some burly undercut moves into a decisive throw up for a big sloper. The top half was easier, you just had to hold your nerve – a steady flash. I’d done all I could, it would come down to attempts – fingers crossed now. 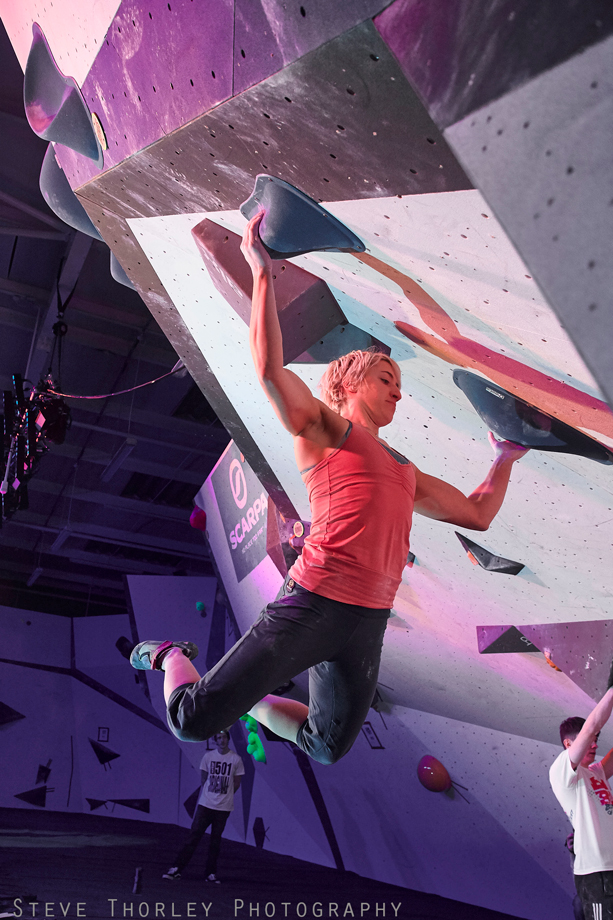 “The competition had not been easy, it pushed me both physically and mentally”

When they announced the results, a big part of me was surprised to hear my name in first place. Surprised and relieved. The competition had not been easy, it pushed me both physically and mentally and I was glad I’d managed to hold myself together and come away with the win. It would have been all too easy to throw in the towel after such a poor qualification session, but I’d managed to turn it around. 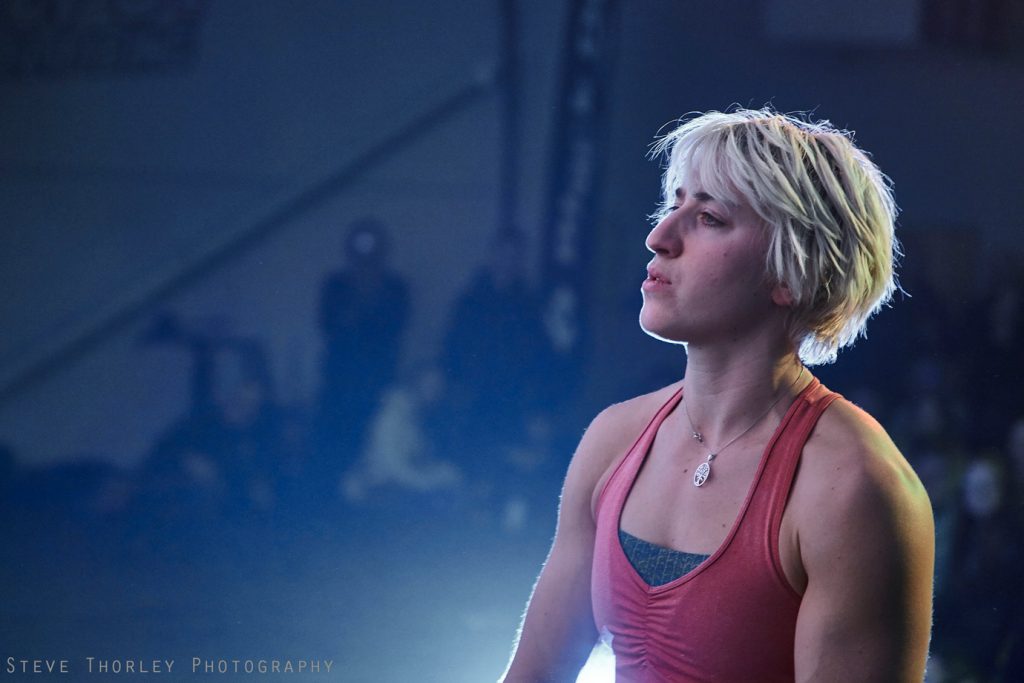 Full results and writeup from the competition are on the Depots website.