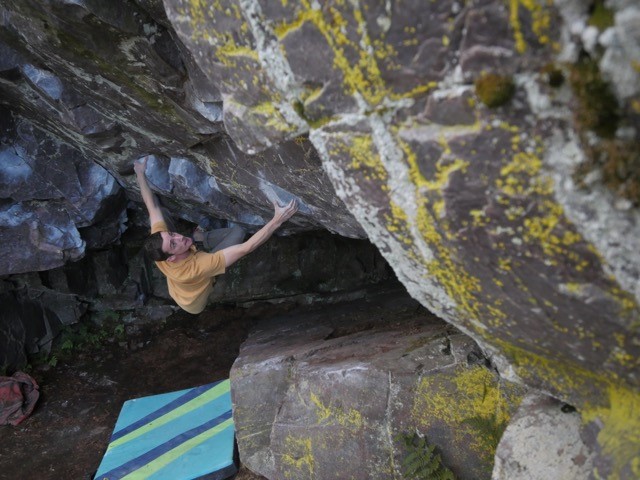 Scarpa athlete Eliot Stephens has recently returned from Vastervik, Sweden where he put his Instinct VSR’s and Furia S to good use. His desire to see everything and make the most of his trip, certainly led to an experience he will never forget.

“Trips like that don’t come around very often; perfect weather, great company and a load of new problems to go at every single day.”

Read on to get Eliot’s account of the trip.

Visiting a new country for the first time is a unique experience. Visiting to enjoy your greatest passion, alongside some of your best friends, in perfect weather? Well, that’s a special experience. As they say, you only get one chance at a first impression; and a first impression of a climbing area can be quite a thing.

Occasionally, the stars align and both destination and climber can deliver the goods for a fleeting moment in time. Or in our case, 11 days. 11 days of blissful rage on Vastervik’s best granite. To describe our first experience of Sweden as great would probably be selling it short.

Even with dreary eyes, stiff legs and tired bodies it was impossible not to want to climb after 12 hours of travel. When the travel schedule offers the merest glimpse of an opportunity to climb on arrival, it must be taken. In this game you never know if it’s the last chance you’ll get, even on day one of your trip. The weather gods can terminally soak a whole country quicker than you can say #respecttherock. So, out we went, straight for Mommehal, one of the most central and oldest areas in Vastervik. A short walk into the forest leads straight to a pretty sizeable lone boulder, hosting lines on all sides, including the first 8A in the area, ‘Kraft’. I was fortunate enough to flash the latter, in between some threatening rain showers, which turned out to have more bark than bite. What did bite however, was the rough granite holds, straight into Morgan’s baby soft skin. This provided a quick result to the ‘first blood match’, sealing Morgan’s fate in a nice dunk in a lake of his choosing. 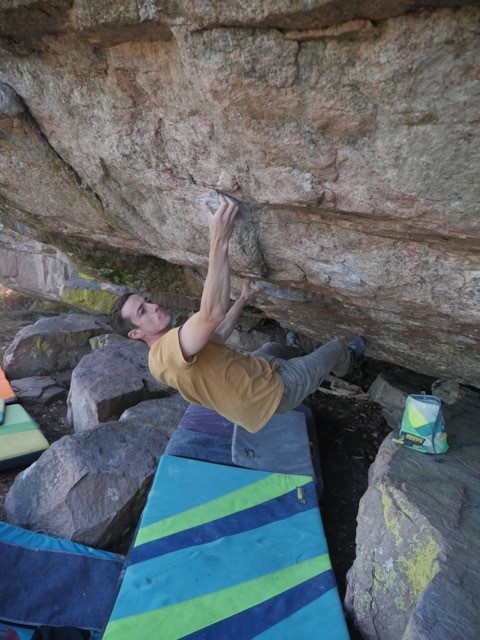 With day two delivering temperatures in the 20’s, the thought that perhaps we had arrived a little early in the season was vocalised. Course granite and weather in the 20’s is not a recipe that particularly lends itself to rock climbing, but we pressed on. With first (full) day motivation, we managed to retain just enough sweat to climb some excellent problems at VO, including the incredible ‘Namaste’ 8A+ and ‘Delirium’ 8A. This day started what would become a bit of a tradition in Vastervik. At around 5pm having left the crag, I managed to convince the others that visiting just one more area before the imminently forecasted thunderstorm would be a good idea. I even convinced myself. And when I say imminent, I mean within the hour.

Somehow, I managed to coerce the others, even with the odd ‘I’m not sure where the path is’ before even leaving the car. I was rewarded with a flash of ‘David O Goliat’ 8A, before the sky came with its own flash, of thunder, lightning, and torrential driving rain. Fortunately, we picked the longest crag approach to enjoy walking 15 minutes getting thoroughly drenched. Mercifully, HMS Kia Niro came equipped with heated seats, which made the situation a little less prolonged.

From there on out, the weather gods smiled, and kept smiling the whole time. We couldn’t help but smile along with them. It became one of the trips where the weather forecast is not consulted. It was made redundant in favour of our kitchen’s thermometer, telling us exactly how perfect the conditions were going to be. 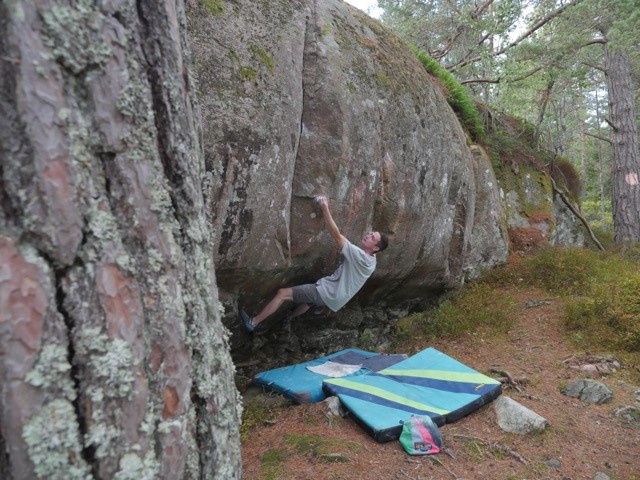 When the number gradually decreased from 15 slowly into single figures the grins just kept getting bigger. The grins were also widened by the huge array of new boulder problems to hunt down daily. We even found ourselves able to head off the beaten path and find some hidden gems such as ’Snatch’ 8A and ‘Of Wolf and Man’ 8A. Of course, these were only sought once we had visited the premier areas and boulders. When you speak of premier bouldering in Vastervik, you don’t get far before mentioning the Bjornblocket; a perfect steep wall of perfect granite, with the picture perfect ‘Hourglass’ at its centre. Truly one of the best lines in the world. While this was a little out of reach (literally), the arete of the boulder provided an excellent challenge in ‘The Office’ 8A.

The closer the finish line of the trip came, the more intense the desire see everything and to find ‘just one more problem’. This certainly led to a few late evenings and long drives, but ultimately was made worth it by some excellent problems climbed at the last hour. Problems such as ‘Soulfly’ 8A, ‘Freedom of Speech’ and ‘Rumblefish’ were all either excursions for single problems or ventures with limited chance of success. But our persistence was mostly rewarded, with both Morgan and I snatching victory from the jaws of defeat climbing ‘Torch and Trav’ 8A, on our last afternoon in Vastervik, mere hours before our flight. Finally, just when the boys thought I could squeeze no more life from the trip, I suggested a last-ditch recce en-route to the airport to check out a boulder I had been keen to try. It just so happened that situated next to the ultimately poor boulder, was a perfect lake to finally allow Morgan to fulfil his forfeit. 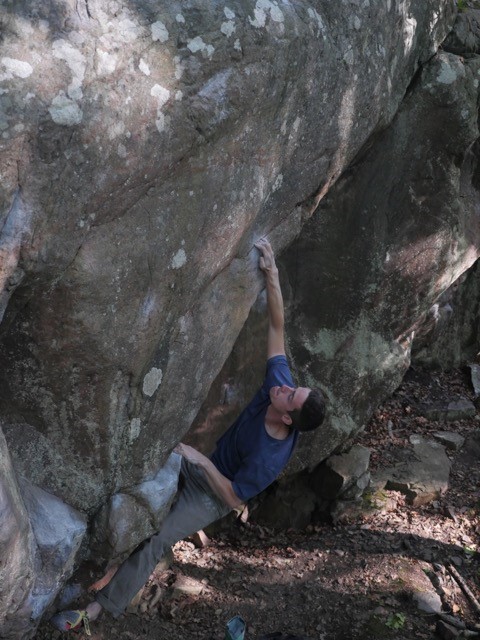 Eliot describes the Furia S as the ‘ideal soft shoe’

With a quick dip, a few mating calls from nesting swans and a swift drive back to Stockholm, we were departing for home.