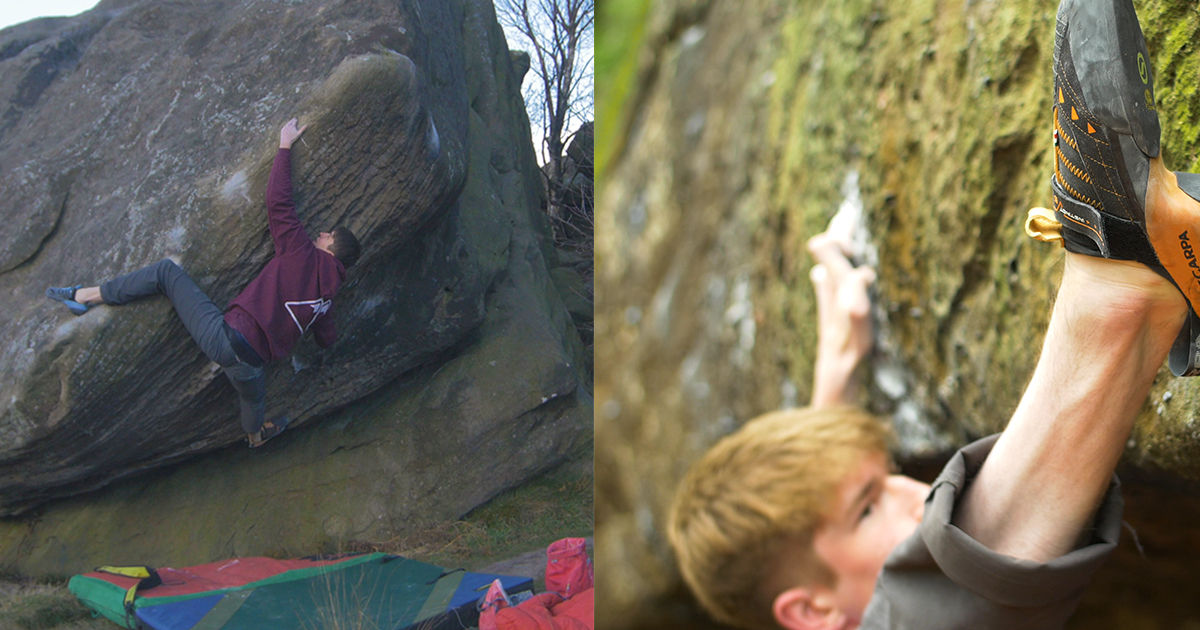 As we begin 2018 Scarpa UK has a few more presents to unwrap in the form of some new additions to our athlete team!

We’d like to welcome the first two new members; bouldering brothers Sam and Joe Lawson. Both have recently moved to Sheffield from the less than rocky Norwich. Sam and Joe are looking forward to tackling some more northern problems after reducing their commute to the crag. We also talk to the Lawson’s about their film-making projects and discuss what they’re looking forward to now they’re part of the Scarpa Team. 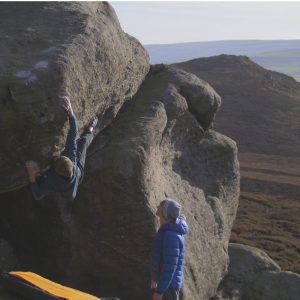 Hi Sam and Joe, how are you enjoying living in Sheffield? What’s the contrast like coming from the south-east?

Sam : Moving to Sheffield is probably one of the best decisions we’ve ever made. As much as we like Norwich, from a climber’s point of view it’s about the worst place in the UK, with the closest outdoor climbing being around a 3-hour drive. So living in Sheffield and only being a short drive from The Peak, and much closer to areas such as Yorkshire and Wales, has definitely had a positive impact on our climbing.

Having done a variety of problems and routes In the UK is there any area you would say is your favourite for climbing?

Sam: It’s hard to say. We’ve yet to visit a climbing area in the UK we haven’t enjoyed, but if I had to pick my favourite, it would probably be The Lake District. I love the style of climbing; the rock is really nice and the crags are usually located in some amazing places.

Joe: My favourite area is definitely Wales, both up in the mountains and by the sea. 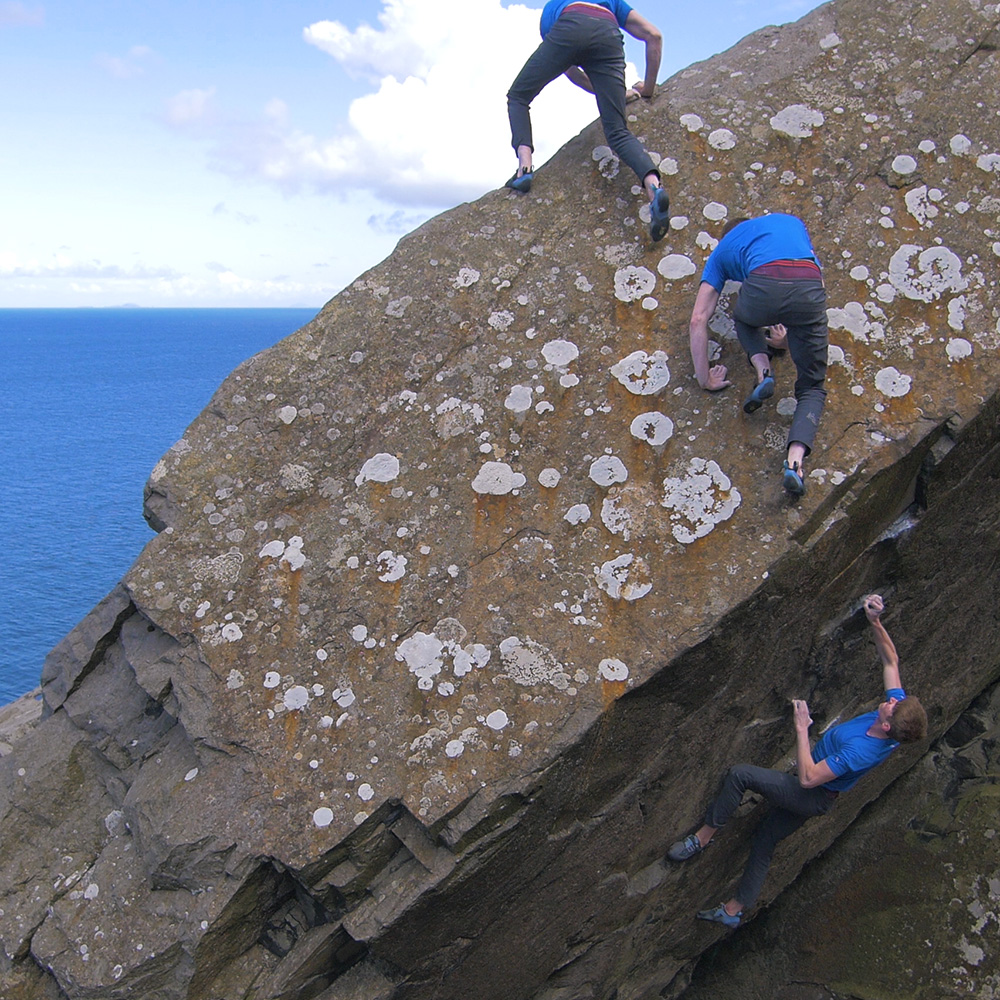 Do you climb together mainly? Or move in different circles?

Sam: We are definitely each other’s main climbing partners, but we don’t always climb together.

Joe: I climb at Parisella’s Cave a lot, and while I love it, Sam doesn’t quite have the same love for it as I do, so doesn’t join as often. We both climb on our own quite a bit as well, like if we’ve only got a short amount of time to go climbing in, it’s just easier to nip out on your own rather than spend ages arranging to climb with someone else.

What’s your favourite area outside of the UK?

Joe: We haven’t really done that much outside of the UK besides a few font trips and a wet/injured trip to Switzerland a few years ago. We’re keen to do more, but also really like UK rock, so don’t mind climbing on that most of the time. We’ve got a Font trip booked so hopefully conditions will be prime! 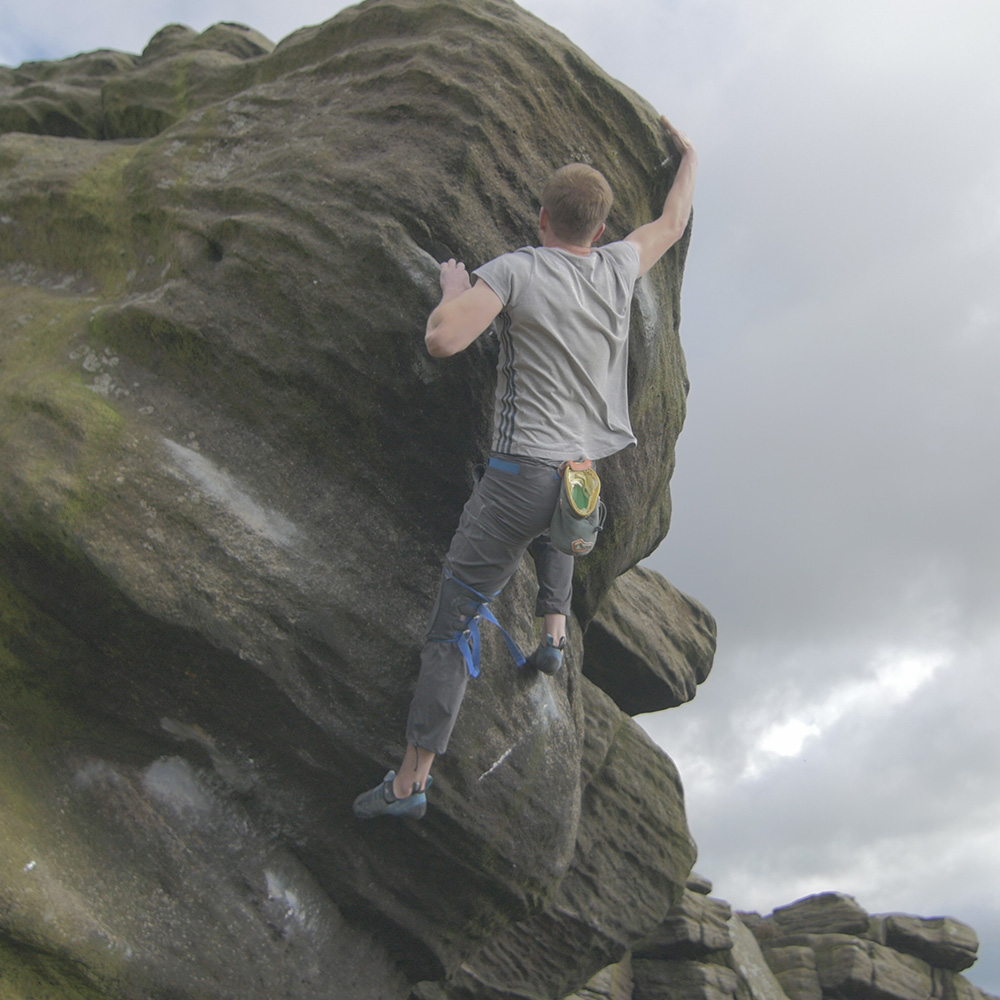 What interests/ hobbies do you guys have outside of climbing?

Sam: I’m currently in my second year of studying Product Design at Sheffield Hallam University. I also spend a lot of time making videos. Joe is big on cars and spends a lot of his spare time with his pride and joy ‘the Quattro’.

‘Lawsonbetaproductions’ has some technically impressive films, what got you into filmmaking?

Sam: Ever since we started climbing, we’ve been obsessed with climbing films, some of our favourites being ‘Winter Sessions’, ‘Between The Trees’ and the ‘Dosage’ series. About six years ago I started making videos of me and Joe on our few and far between climbing trips.

Joe: Those first video weren’t very good, but over the years our climbing has improved and hopefully so have our videos!

Do you have any history with Scarpa and what are you looking forward to as a new member of the Scarpa team?

Sam: I was a big fan of the old Scarpa Mago, they were probably the first performance pair of climbing shoes I owned. So I’m excited to get my pair of the new version a trial run.

Joe: I’ve had about a million pairs of Instincts, so it’s fair to say I’m a big fan and I’m very excited about being a member of the Scarpa team. 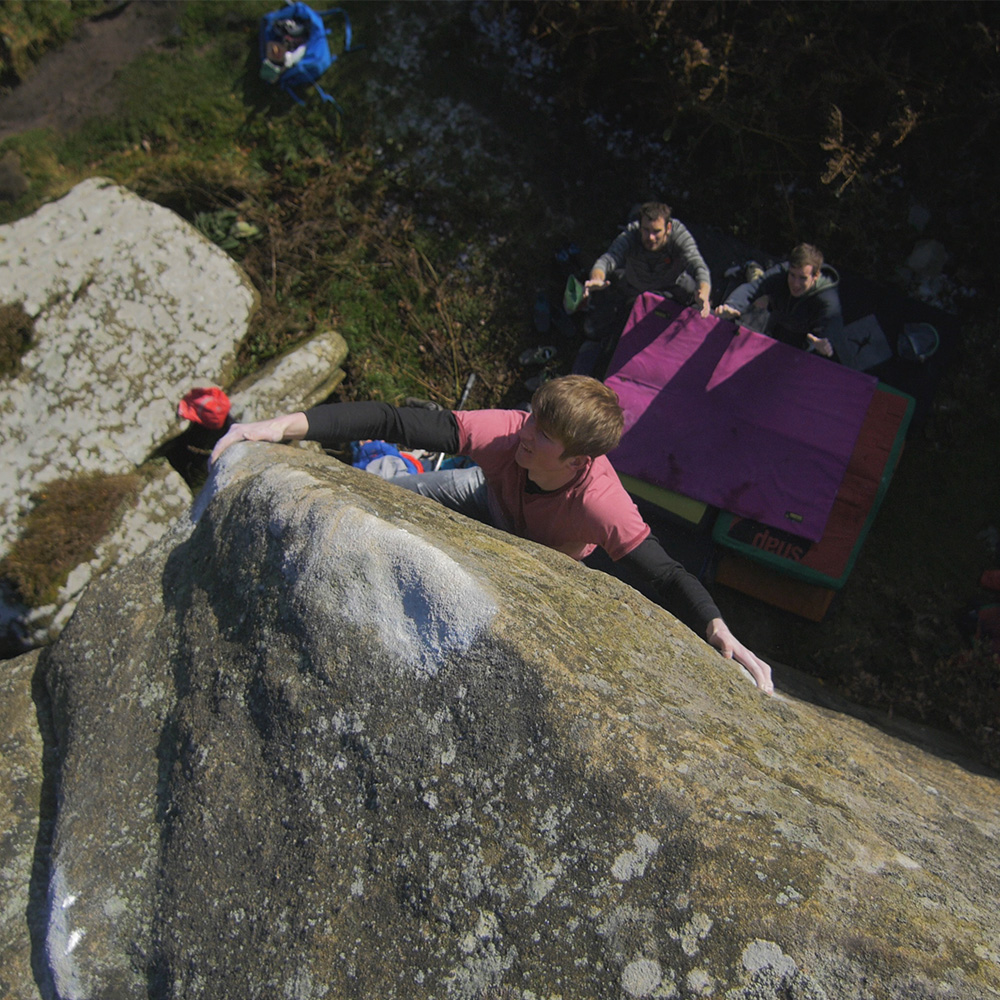 What are your climbing plans for the winter?

Sam: To try and get as much done on the grit as possible. Last grit season I climbed a lot of lesser known problems and often found them to be the most enjoyable, so I’m keen to do more of that this season. I’d also like to invest some more time into harder problems, which isn’t something I’ve done much of in the past, as I find it hard to focus on one problem when there are so many I want to try.

Joe: I’m dead keen for the grit, and have already ticked off a fair few things from my list for this season. I’ve got big plans for Parisella’s Cave, having recently ticked off my project ‘Directors Cut’.

As brothers there must be something that winds you up about each other? or is it peaceful brotherly love?

Sam: We used to be quite competitive when we were younger. But now that we’ve grown up and matured, Joe has realised that I am the superior brother and that he can’t ever hope to climb as hard or bench as much as me…

Joe: Yeah whatever, but in all seriousness, we generally get on very well and appreciate that we’re lucky to have someone else who’s got similar motivations and psyche levels because it means we always have someone to climb with.

Take a look at Sam and Joe’s profiles for more information on some of their favorite UK climbs and to see some of their latest videos.