Freeride skier, tourer, racer, yoga aficionado, film producer, and entrepreneur Amy Marwick is one of the newest members of the Scarpa Ski Team. Amy shares her time between Scotland and Portes du Soleil in France and we were lucky enough to get a slice of time to speak to her about joining Scarpa and to get some insight into the accomplishments of the versatile British skier. 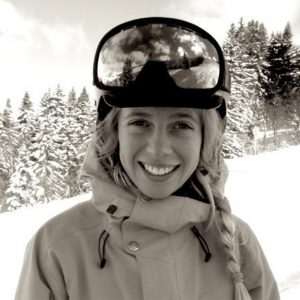 Hi Amy, can tell us a little bit about yourself and your relationship with the outdoors?

“I grew up skiing on the dry slope in Edinburgh and I was generally a sporty kid. We spent a lot of family holidays up in the north of Scotland or out on the Isle of Tiree. I loved being out in the mountains and vowed that as soon as I finished school I would spend an entire winter season there. I did just that and never looked back! This will be my tenth winter season and thanks to a host of amazing mountain people I’ve developed skills that help me get out into the backcountry. I love freeride and ski touring… although I harbor a love of lycra and will take to the race gates at any opportunity.”

What’s your skiing background and have you had any recent highlights?

“My family spent a week skiing in the French Alps each winter and I would always be devastated when we had to go home. I’ve spent the last eight years working my way through my ski instructor qualifications so that I could make some money out there and continue to explore further. I spent a season in New Zealand working as an instructor at Treble Cone in 2013 and found myself competing in the Chill Series. I came 6th place in my first freeride comp, which I was pretty chuffed with, and so continued to do a few more when I came back to Europe. They make for a great opportunity to meet likeminded skiers and improve your freeriding.

In 2015 I took part in the making of Scottish backcountry ski film ‘Late’ which showcased the Scottish highlands and the rad spring skiing opportunities up here.” 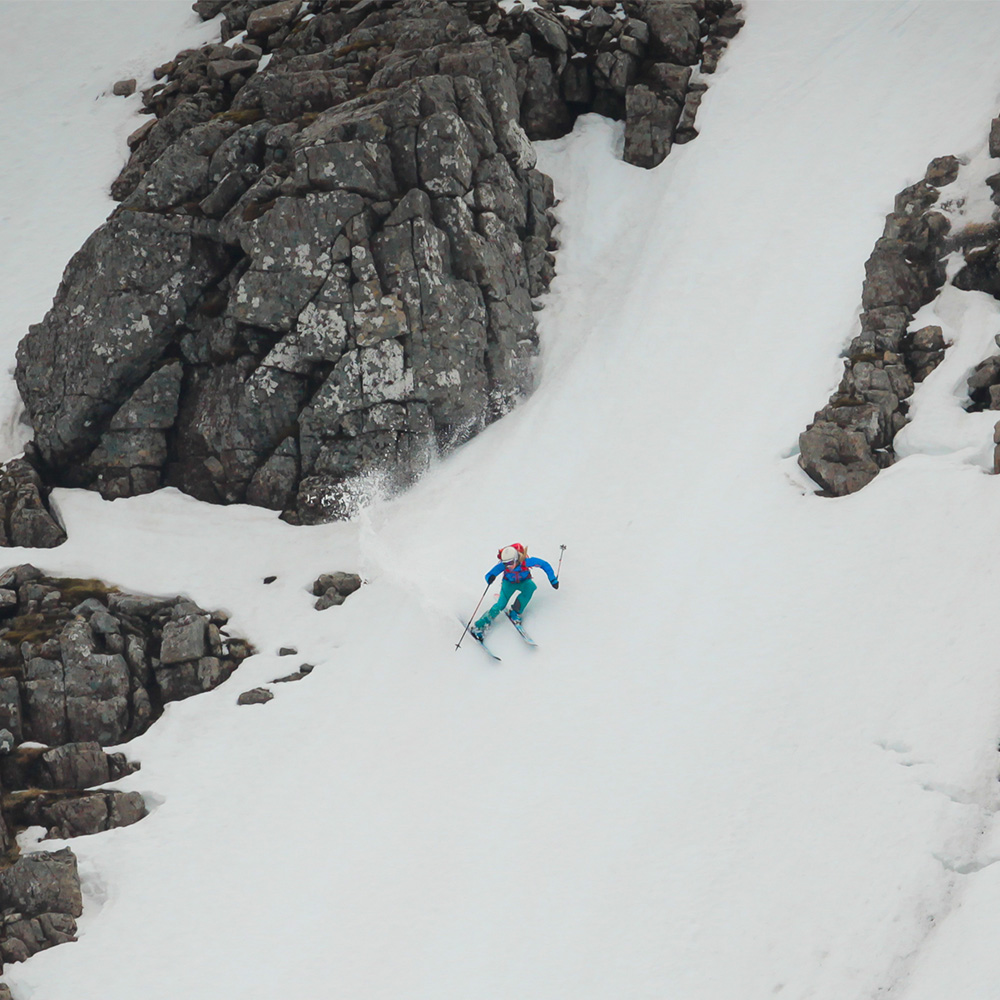 Skiing in Scotland or Portes du Soleil is there any contest?

For me they are incomparable… Scotland is rough and ready and opportunistic. PDS lives up to its name… sunny and a gateway to a vast expanse of skiing opportunities. You can have amazing days in both.

“I’ve just started learning to kitesurf because I figured it would be great to have a summer sport that I could travel around with, and there is also no shortage of wind in Scotland! I also enjoy fell running, hiking and sport climbing, and do as much yoga as I can.”

Your company: Yoyosno Ski and Yoga Retreats sounds like an interesting combination of activities how did you get involved in this and come up with the idea?

“I’ve done yoga for several years encouraged by my mum who started when I was young. I noticed that the theory behind mindfulness and breath was not only relative to yoga but could be helpful for many of my skiing clients. I began studying psychology with the Open University and reading about sport psychology when I decided that yoga would not only be beneficial for skiing in the physical sense but for focussing the mind on the task at hand.

Yoyosno was born after I met Lauren Bryden, an ex-Royal Ballet dancer, pilates, and yoga teacher. She also understood the mental constraints and pressures of high-performance activities and agreed that yoga, mindfulness, and skiing could be a winning combination. We have an incredible chef too, who cooks up delicious, energy loaded vegetarian cuisine. Amazing food, ski development, and yoga practice, based out of a beautiful mountain hideaway in the Portes du Soleil, it’s an awesome experience.”

So what’s your Favourite meal after a day on the slopes?

“Anything hearty with friends and a glass of wine! As a coeliac in the French Alps, a raclette and potatoes goes down a treat!”

Have you been involved in any sticky situations on the mountain?

“A few years ago I was just learning to ski tour and my boyfriend and I went on what was supposed to be a two-day ski tour in Arolla. On the first day, we started so late I sweated off all my sun cream in the midday sun and got seriously sunburnt. We ended up on a summit only to find the hut we had tried to locate was across a valley on another mountain. We were too late to reach it so decided to head to the valley and try again tomorrow.

The next day we were on the firm spring conditions first thing and I dropped the map which then slid quickly down the slope and careered off a cliff… safe to say that was the end of our trip – a catalog of silly errors that could have got us into a much worse position! I’ve learned a lot since then.”

What piece of kit do you never leave home without when embarking on a day in the mountains, any good luck charms?

“I always take hand warmers with me… I get seriously grumpy when I’m cold. And if there’s space in my bag/time in the morning I love a hot flask of tea for a quick cuppa up on the mountain – can’t beat it!”

Do you have any history with Scarpa what are you most looking forward too as a new member of Team Scarpa?

“I’m a real gear geek so I love all the technology that goes into the Scarpa equipment. I can’t wait to test it out in the big mountains.

I hope I can meet some of the other team members and get out and about with them at their home mountain ranges. It’s great exploring with a local and meeting new people to learn from.”

Take a look at Amy’s brand new Team Scarpa profile for more information and to see her film ‘Late’ in full.