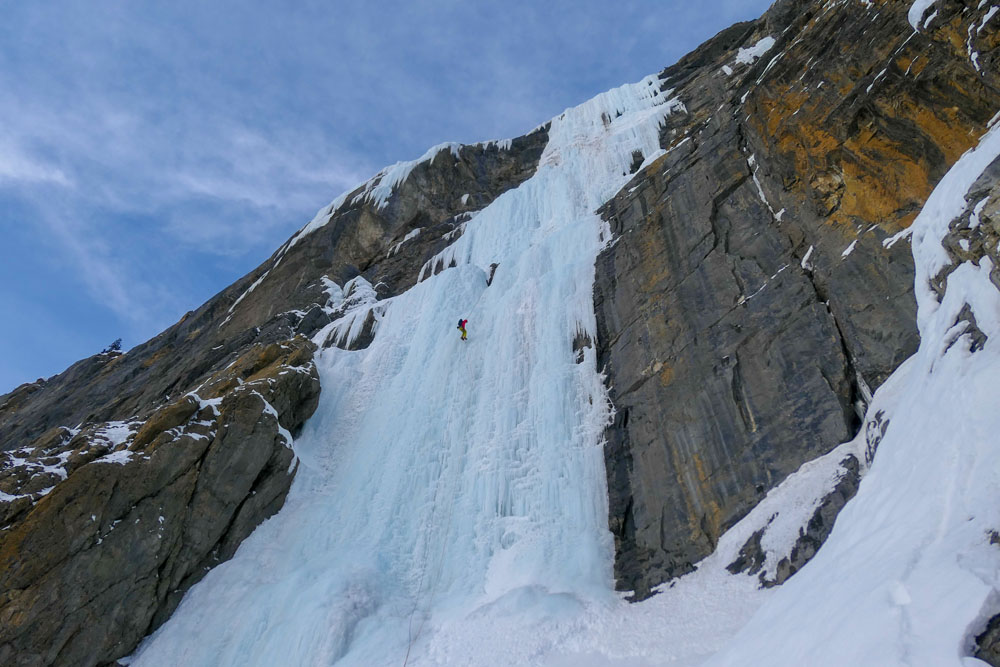 After a very poor Scottish Winter on the weather front, Scarpa athlete Greg Boswell took himself to Canada for his fourth trip of the Canadian Rockies.

He packed his Scarpa Phantom Tech boots and off he went to salvage what he could from Winter 2018/2019. Greg said the Phantom Techs are “brilliant all-rounders and are ideal for most aspects of mountain use. Even with the super cold temps we had in Canada, they kept my feet warm enough to climb hard and still offered amazing feedback whilst on the technical mixed pitches.”

Read all about his trip below:

So, this past winter of 2018/19 was one of the worst seasons I’ve known since staring climbing 15 years ago. Annoyingly for me, it was probably the fittest and most prepared I’ve ever been for an upcoming climbing season, but early signs were showing that conditions might not deliver as everyone had hoped.

After getting one good new route done in Scotland early on, ‘The Forge’ X/10 FA on An Teallach with Guy Robertson, the winter weather seamed to vanish completely and we were left guessing when or if it would return and deliver good climbing conditions.

Not wanting to risk wasting the months of training I’d done in preparation for the season, I decided to make a plan that would salvage my winter if Scotland was not going to deliver. I contacted my friend Jon Walsh, who lives in Canada and asked if he fancied getting out and doing some climbing if I was to head over there in February. Luckily for me, he was psyched, and we swiftly hatched a plan to get stuck into some interesting objectives for when I was visiting.

With a trip now in the pipeline, it was much easier to put up with the fickle conditions that were still plaguing us in the Scottish mountains! Despite this, there was a small window in late January into early February when Scotland was blasted with some much-needed winter whiteness. This saw everyone running to the hills to get as much done before the inevitable thaw that was threatening to come days later, a pattern that seemed to be the way of the 2019 winter season.

During this period of good conditions, I did thankfully manage to do one of my main goals for the season, which was to make the 3rd ascent of ‘Anubis’ XII/12 on Ben Nevis. I’d had my eye on this line for a few years but had never felt fit enough or had the bravery to try it. So, with this world class route now ticked and a week later I was heading off to Canada, regardless, I now felt like my winter would probably be a success.

So…as I sat on my duffle bag outside the Calgary International airport waiting for Jon to pick me up, the temperature read -36ºc on the flashing sign above my head. Even by Canadian standards that was damn cold! I knew I had arrived in the middle of an arctic cold snap but despite the worrying thoughts of frostbite and hot aches, it almost seemed a little funny, I had gone from some of the warmest winter conditions Scotland had ever had, to some of the coldest conditions in Canada. Annoyingly though, these cold temps might also stop us from climbing. 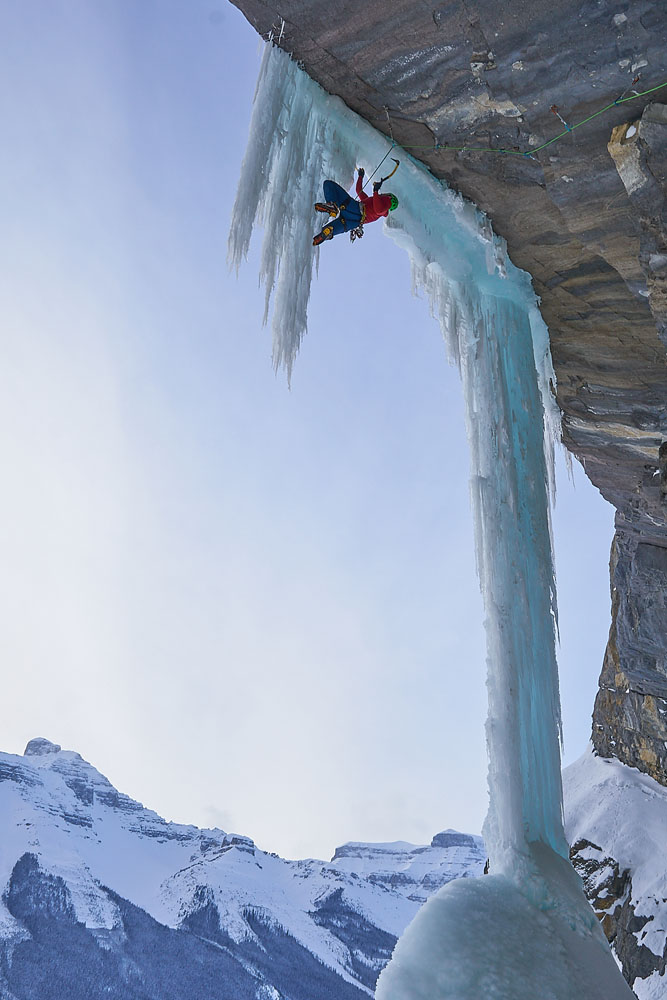 Putting my Scarpa Phantom Techs to good use

Once back at Jon’s house, we started to hatch a plan on what to aim for during my time in the Rockies. We knew climbing in the mountains was going to be hard with the super cold temps, but we thought we’d stick to our original objective and go and look at a new route that Jon had had his eye on for quite some time. Even if we failed, we knew we would have an awesome time trying!

We spent the next four days battling in a whirlwind of emotions. We fought off frostbite in our extremities every morning whilst hiking up to our project, all the while thinking it was probably a fool’s errand, then we would get stuck into some outstanding climbing on the steep and technical wall and it would refresh our thoughts and drive us to do more. Afternoon would then swiftly arrive, and we’d run away back to the truck and off to the hostel, before the darkness enveloped us and the -40ºc temps could chill our bones!

Every day we still gained height, but after some slow progress we both were losing the psych to keep up our fight with the biting temps. So, we opted to pull to plug on our plan A and go in search of routes in the sun for the remainder of the trip. Thankfully the remainder of my time in Canada was spent climbing world class routes, that still packed a punch, but were situated in areas that caught the sun and held onto its short-lived winter spells of heat.

An amazing day on ‘No Use in Craying’ in the Upper Weeping Wall area.

that are super enjoyable once you embrace the style! All of which were awesome fun and made my journey well and truly worthwhile.

In the end Jon and I managed to climb 8 out of our available 10 days and I’m glad we were able to make the most of my time in the Rockies, as I didn’t manage to get much done in Scotland once I returned. Maybe next season will be more fruitful for ticking off my mixed projects in the Scottish mountains, but I can’t complain with what I managed to salvage from this season, it’s been a blast! All be it a hard-won one.

Be sure to keep up with Greg’s plans over on our Facebook, he is always up to something exciting.