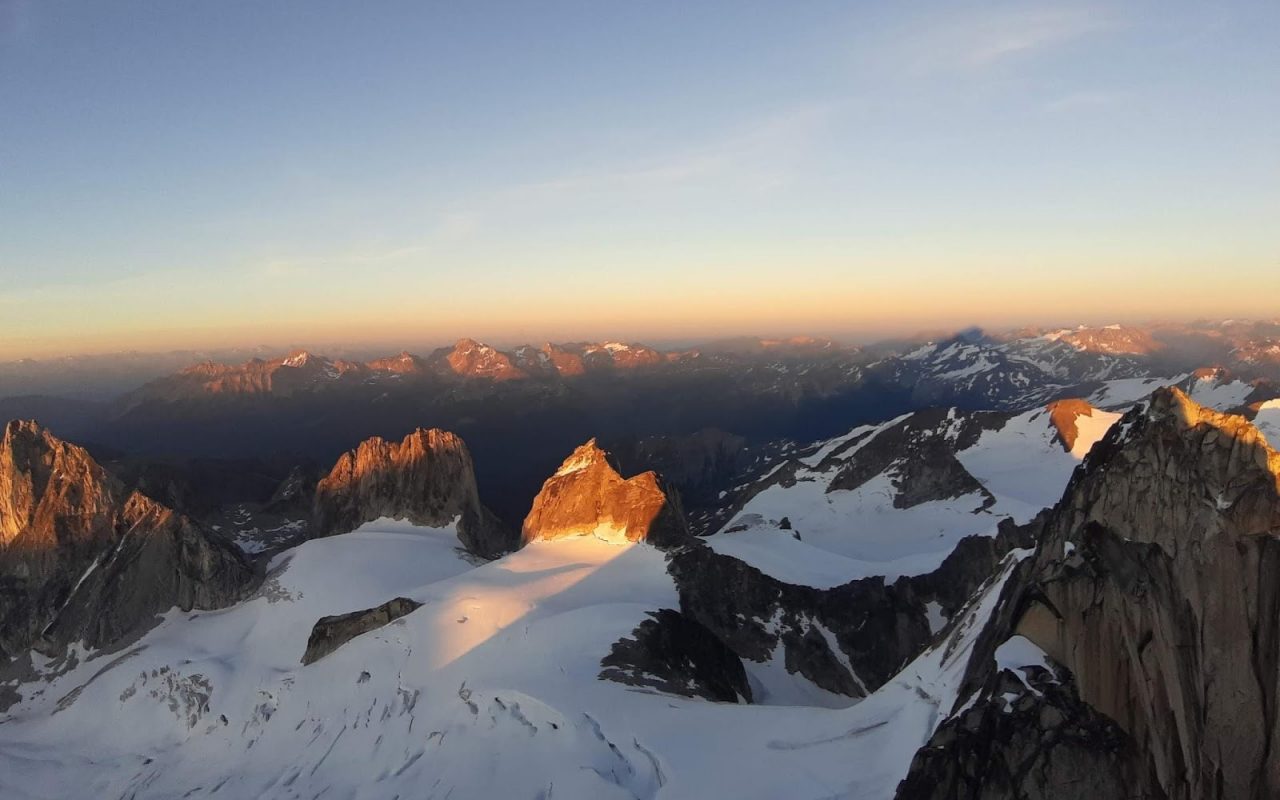 SCARPA athlete and keen mountaineer Uisdean Hawthorn gives us his account of his summer spent climbing The Bugaboos, a mountain range located in British Columbia, Canada.

East Creek is the most remote camp spot in the Bugaboos. Above looms the south howser tower with the famous Beckey-Chounaird, below is a deep treed valley leading to vast Canadian wilderness. It is on the far side of the range from the parking and takes over 6 hours of walking to get there. I did three trips into East Creek in the Bugaboos this summer. I had never been to the Bugaboos before and I was psyched to finally get to climb on the granite spires I had heard so much about.

On the first trip with Ethan Burman, the weather was very mixed, and we only managed to climb short routes all of which were still excellent. We did manage an eight-pitch new route on the Lost Feather Pinnacle which provided a bit of extra adventure on the trip. We called it Furry Friends after the marmots in camp who like to eat anything salty, they can get, including anything that has been sweated on like helmets or backpacks.

The second trip with Alik Berg started perfectly, we rested the first day to wait for the best weather to climb All Along the Watchtower. All Along the Watchtower climbs the West face of North Howser the highest peak in the Bugaboos. All the routes on this face require climbers to do several rappels into a basin below the face. Once in the basin, you are committed to climbing 1000m up the face or a very long walk back around the other side of the Howser spires.

We simul-climbed the first half of the route up to 5.10 and swung leads up the upper headwall. The climbing was incredible all the way up the route, but the upper 5.11+ pitches in the 300m dihedral were particularly special. It’s very similar to climbing the American Direct on Les Dru except the big dihedral is even longer and more sustained. As we summited all the west faces glowed orange as the sunset. At 11 pm after abseiling the east face and a few hours of walking we made it back to our tent at east creek, 20 hours after we had left.

The next day we enjoyed a rest day in the sunshine, hanging out in camp eating, sleeping and reading. In the evening we got a forecast on the in reach which said the weather could be mixed over the next few days but still good enough to climb some smaller routes.

Unfortunately, we festered in our tents for the rest of the trip as the next four days it rained and even snowed heavily, we ended up wishing we had just walked out the day after climbing.

Whilst scouting the rappels the day before climbing All Along the Watchtower, Alik showed me a possible new line going up a buttress, it started from a ledge on the very right hand of the face therefore not requiring the committing abseils but also meaning it was considerably shorter, only 600m.

It was a very last-minute decision to head back in to try the line but 24 hours later we had made it to east creek. We got up at 4am, did the short approach and started climbing. After a bit of a dead-end on the first pitch, we found a better way and soon were moving up good rock. On pitch 4 Alik led a 5.11(E4) pitch that finished up a perfect hand crack on a mini headwall. I started leading but got stopped 30m up by a wide crack which required a number 6 camalot, which we didn’t have.

After lowering back to the belay, I tried going right. The climbing ended up not being too hard but involved 10m of 5.10 crack climbing which was filled with mud and water, I was very tempted to start aiding but we had freed everything else so far, so I fought through the grime.

A pitch later Alik started off up a steep crack for 10m before doing a hard move left to gain another crack. He climbed this to a small roof/overlap then holding himself in a very strenuous layback position he scrapped some black lichen on the crucial feet holds before he pulled over into the double hand cracks on the white headwall above. The double hand cracks were incredible! The climbing was very straight forward but steep with a great sense of exposure. Above this we climbed a couple of easier pitches and then moved together for 100m to the summit.

It felt great to climb the line all free first go and for almost all the route to have such high quality of climbing. It’s nice for others to have less committing way to climb the North Howser especially if as so often is the case the weather isn’t good enough to commit to the abseils.

Find out more about Uisdean by clicking here.