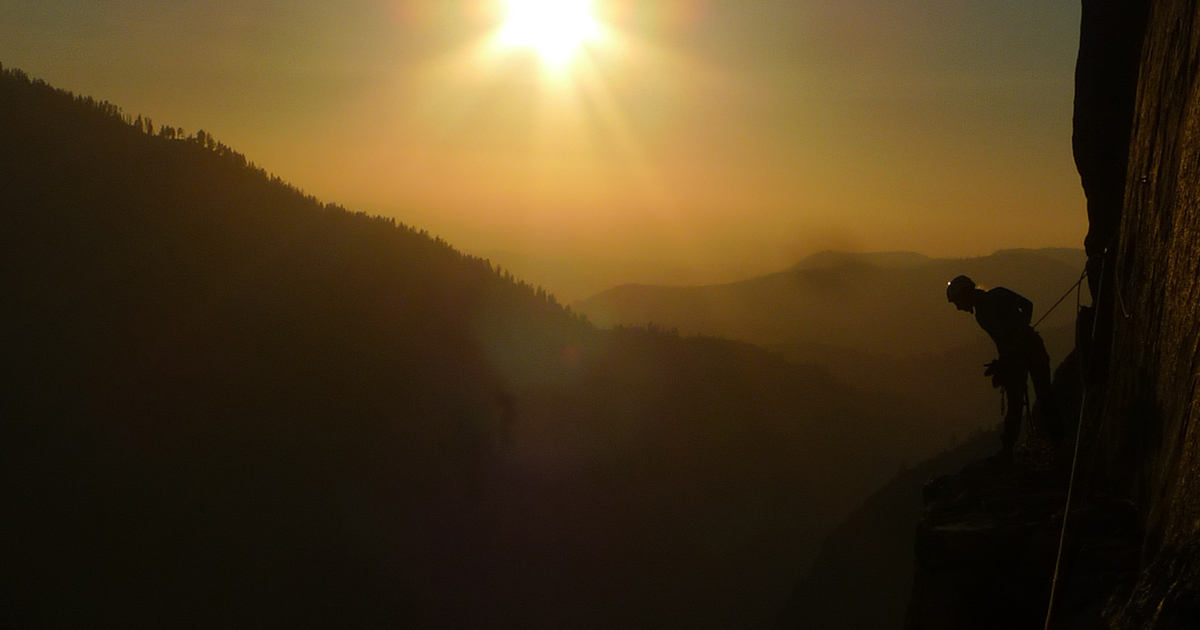 Dan Mcmanus is a climber with a wealth of experience climbing in Yosemite National Park, especially on EL Capitan. In past trips Dan has free climbed El Capitan via Freerider, partner-free -in a grueling 22 hours. Last Autumn he headed back to the USA to take on ‘The Shaft’ on the Muir Wall of El Cap with Maddy Cope, here’s his account of his trip to the big wall in California.

The Shaft – Words and pictures by Dan Mcmanus

Granite does hard corner pitches really well and the crux corners on The Premuir looked mind-blowing. Hazel, Caff, and Neil did The Premuir back in 2012 and raved about how good it is. It was the one route on El Cap ­that I really wanted to go back for. I’d been telling myself that I wouldn’t go back to Yosemite for a while, having been five times in as many years, but when Madeleine Cope asked whether I’d be up for a trip I knew I’d regret it if I passed up on the opportunity. It’s not usually easy to find a partner for climbing a big wall, they need to be up for spending a lot of time and money doing hard labour interspersed with occasional moments of pleasant climbing, and it’s important to get along. Although Maddy and I had never climbed together before, my only real worry was that I wouldn’t be able to keep up.

“Although Maddy and I had never climbed together before, my only real worry was that I wouldn’t be able to keep up!”

We arrived in Yosemite in mid-October during what felt like a heat wave with our sights set on The Premuir. After only one short morning on Book of Hate to warm up our stemming muscles, we spent the first-week doing various day missions on El Capitan to check out some of the tricky sections of the route. I do prefer an on-sight style, but the route would be tough for us and we wanted at least some chance of freeing all the pitches. We checked out the middle crux pitch called the Silverfish Corner graded 13b/c and also spent two days doing the initial ten pitches known as The Muirblast. These days had us covering lots of ground and afterwards I felt like I was climbing fairly well on granite again.

After a week or so we were itching to set off on the route that we’d travelled all this way to try. It was still hot, but it looked like good weather for the foreseeable. We packed enough kit for a comfy 7-8 days that we could potentially stretch to 9 if we were desperate. This would make for a great adventure with enough time to get stuck into red-pointing the hard corners of The Premuir and maybe even take a rest day on the wall! As is fairly common on El Cap, we pre-hauled our bags up a couple of days in advance so that we could have a rest and then climb twelve pitches without hauling. I have total respect for the Belgian team who hauled from the deck the week before on this route, but I also have no regrets. 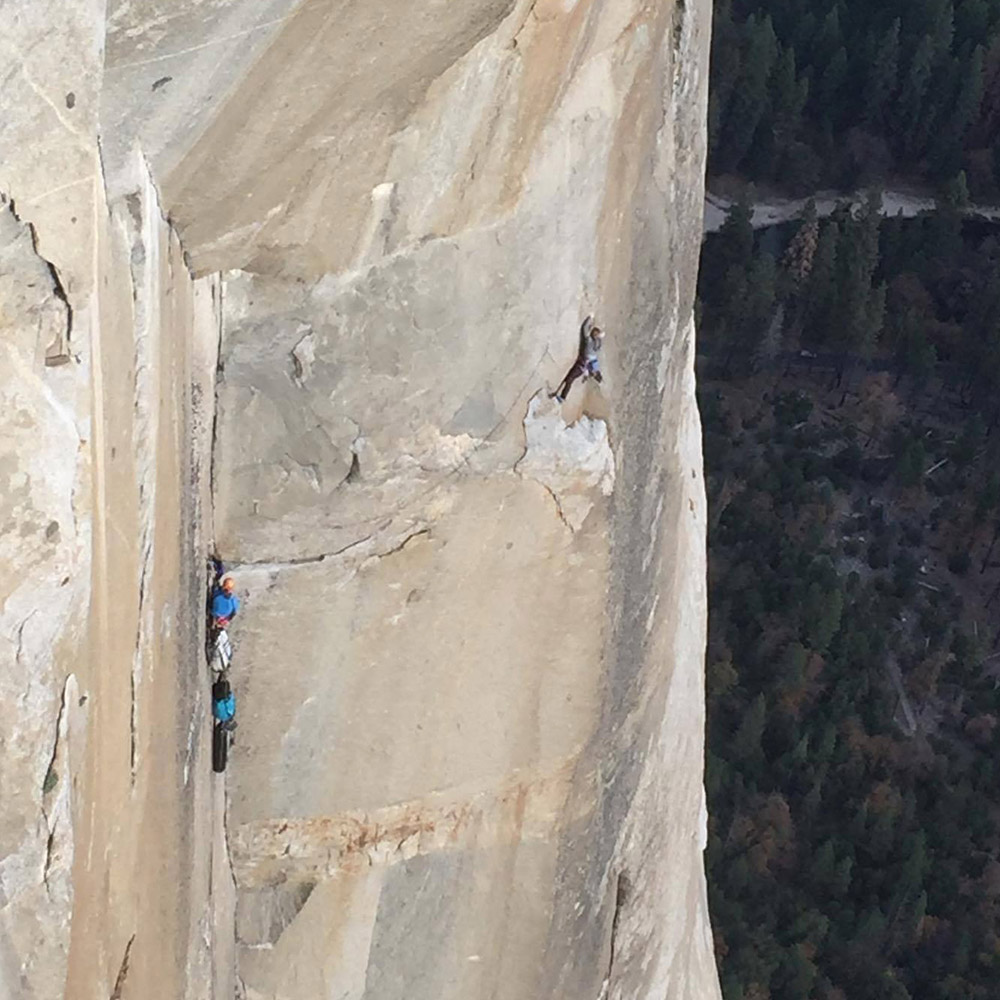 “We packed enough kit for a comfy 7-8 days that we could potentially stretch to 9 if we were desperate.”

The downside of pre-hauling is that you absolutely have to get as far as your bags on the first day. For us, that meant climbing 12 pitches and then hopefully another two with hauling, which made the first day by far the hardest, and it was also the hottest. It started really well, starting at 2 am we climbed the initial corners and reached the 8a Traverse at first light. We both climbed this brilliant, technical pitch on our first attempt and continued to reach the haul bags at midday. After snoozing in the baking heat for a few hours the day ended less well than it started on the final 12d pitch. In the dark, covered in dirt from cleaning on a neighbouring route and in our exhaustion this pitch felt like the living end. After the first day I couldn’t conceive of getting up and doing the same tomorrow. 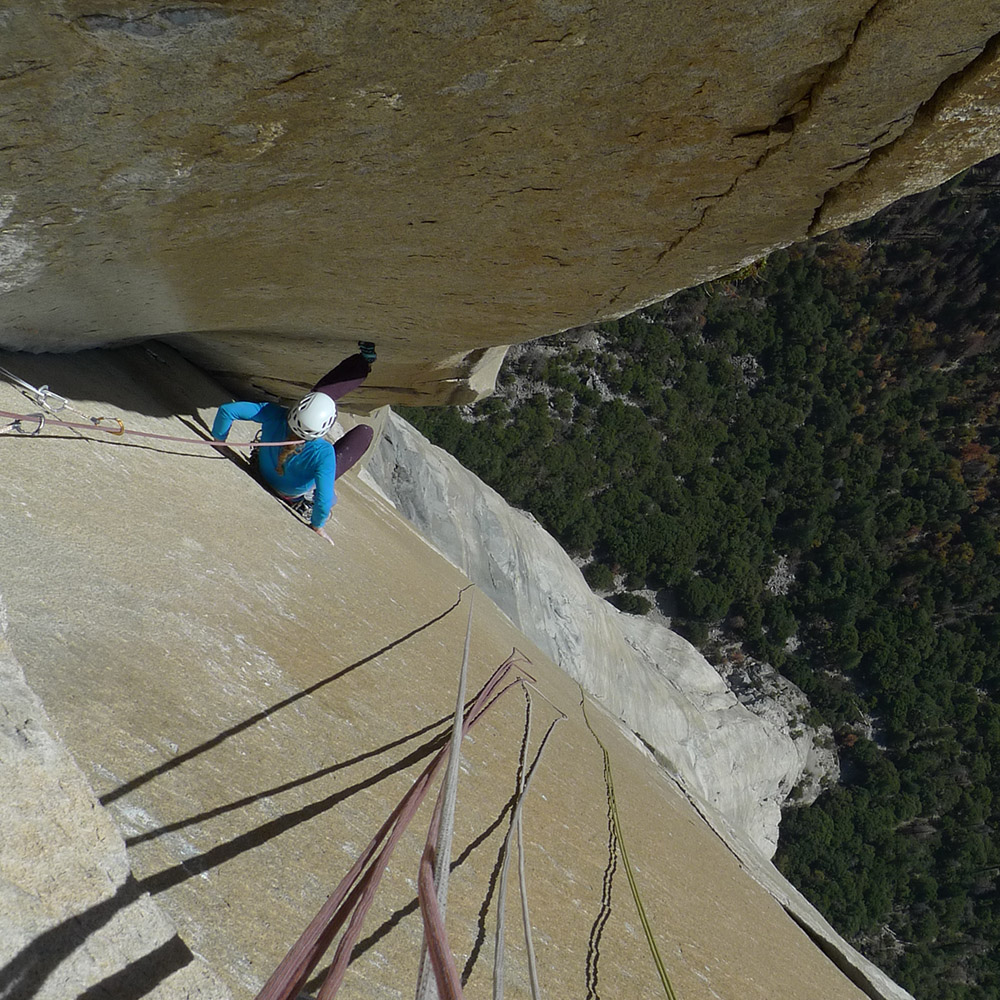 Just before we had set off on the route the weather forecast had given us some bad news, wet weather heading our way on what would be day five on the wall. We’d decided to go for it since had we waited another week, we might not have had another window and our trip would nearly be over. So that we had a chance of getting to the summit in five days, we opted for the variation called The Shaft which avoids the hardest corner sections of The Premuir. It’s named after an amazing 50m elevator shaft chimney pitch. I was on this pitch for what felt like eternity creeping slowly upwards as my legs and core turned to jelly. We passed this section on day four to thankfully reach a palatial ledge system after several nights of very exposed bivis.

“We opted for the variation called The Shaft ; It’s named after an amazing 50m elevator shaft chimney pitch.”

The bad weather arrived as forecast on day five, and whilst we had started off in the blistering heat we finished in sub-zero temperatures shivering on the belays. One of the crux pitches remained a 13c layback corner only a couple of pitches from the summit, which Maddy did as her first pitch of aid. I optimistically put my boots on to see how it would go free climbing, but the pitch was soaking and I got nowhere. We topped out as it was getting dark in the cold and damp, exhausted after five full-on days on the wall. 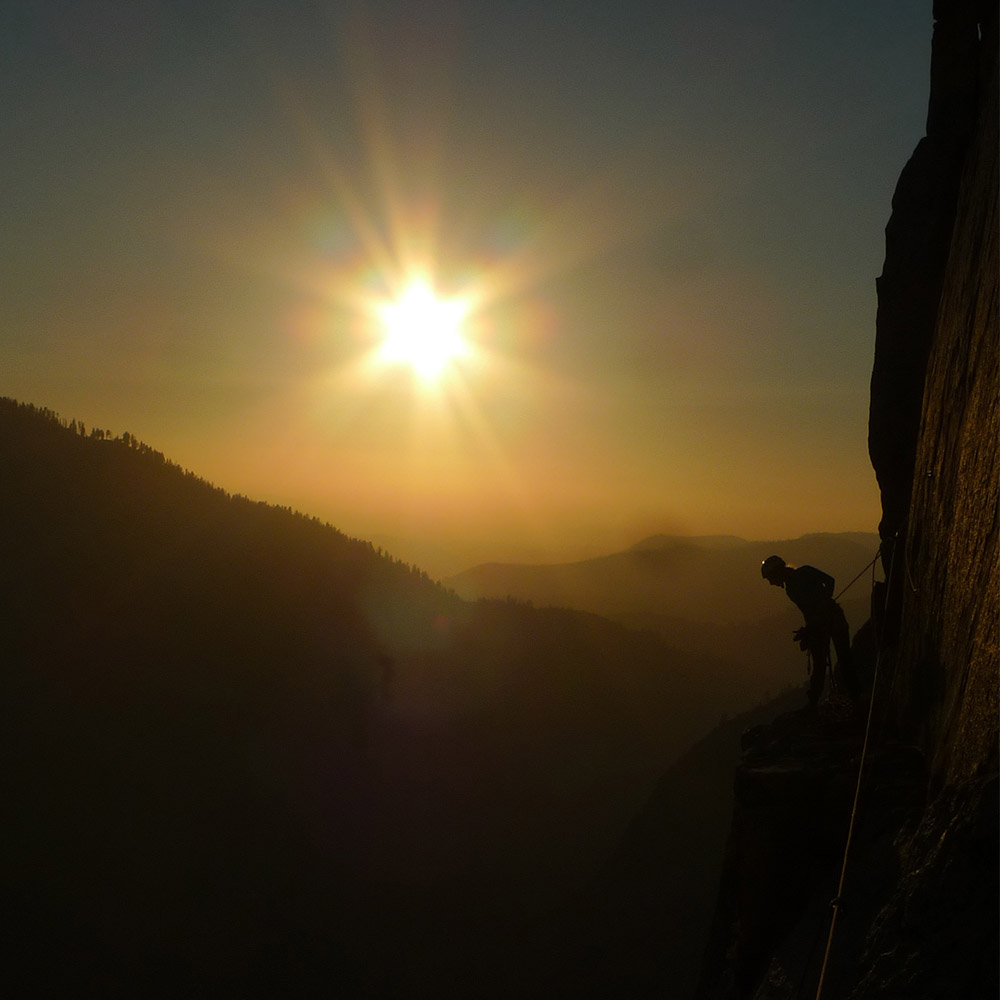 We went back afterward to spend three days on the summit of El Cap and finished the 13c layback pitch we’d missed the first time around. It was good to finish it off and in dry warm weather, and with the pressure off, it was a lot of fun. Our wall hadn’t entirely gone to plan, wet weather scuppered our plan of a long, leisurely big wall adventure. Instead, we were up in the dark and finishing in the dark most days, apart from once when we slept through the alarm! We also didn’t free every pitch with the top 13c being soaked. But despite, or maybe because, everything didn’t go to plan it was an amazing adventure. We both climbed really well and I don’t think I could have tried any harder than I did. I am glad I didn’t pass up on an opportunity to climb on what is definitely my favourite cliff.

For more Big wall tales from our Athletes check out Will Sim and John Mccune’s latest exploits in Patagonia on the Scarpa Blog.