Richard Bentley lives and breathes Ben Nevis,  running winter guiding, winter climbing, and ice climbing courses from his base in Fort William. This is alongside assessing summer and winter mountain leader courses year-round. Few know the routes on the Ben as well as him. Through the winter he runs training days with fellow mountaineering instructors, a vital part of which is considering the avalanche issues that can affect Ben Nevis. Here Richard give us some insight into the workshops he runs and an idea of some of the advanced challenges of route selecting you can face on this iconic mountain. 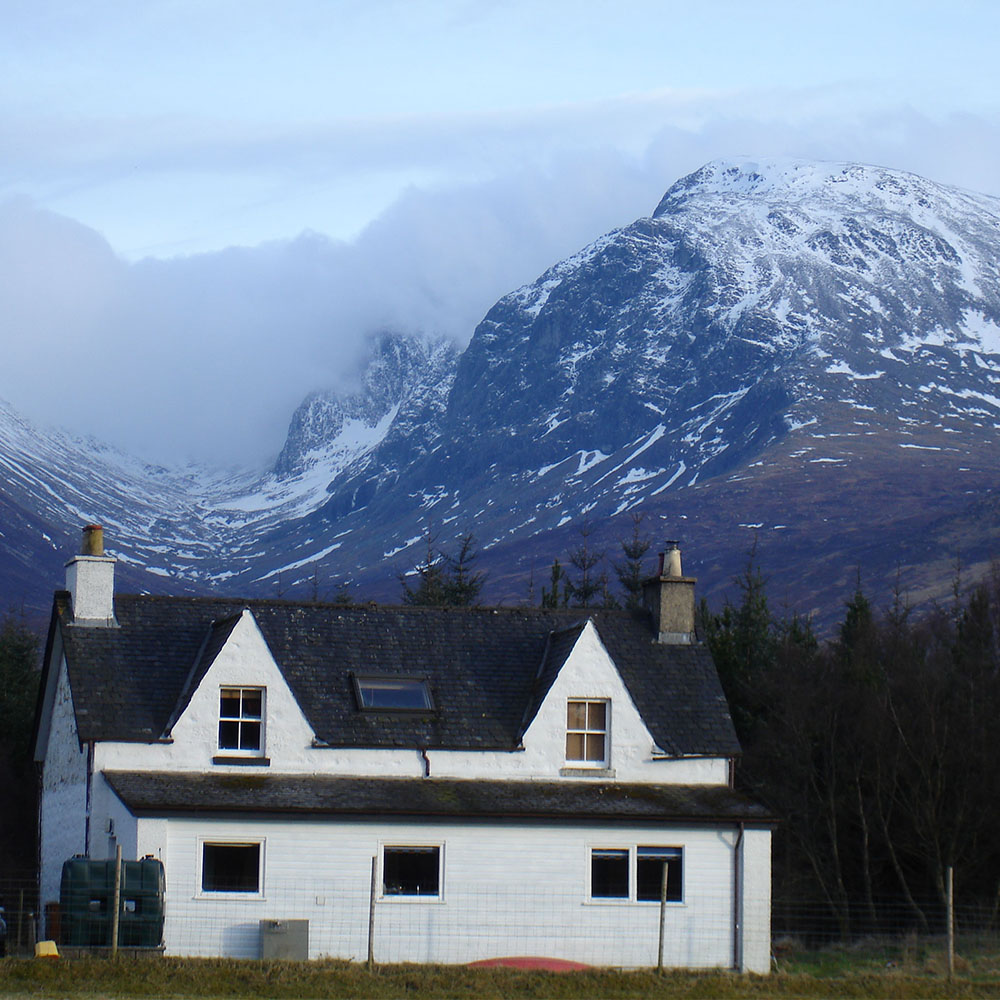 I have been climbing, working, guiding, skiing and playing on the North face of Ben Nevis for over twenty-five years and am lucky enough to live just a few miles from this most famous icon of winter amphitheaters. For many years now, I have been running workshops for mountaineering instructors on how to get the best out of the day, when working on the North Face of Ben Nevis with clients. It’s rewarding and interesting work sharing time on the hill with like-minded professionals.

Working on such a complex mountain brings many challenges, such as: trying to predict conditions, variable avalanche hazards, steep and serious approaches to routes, and differing descent options. 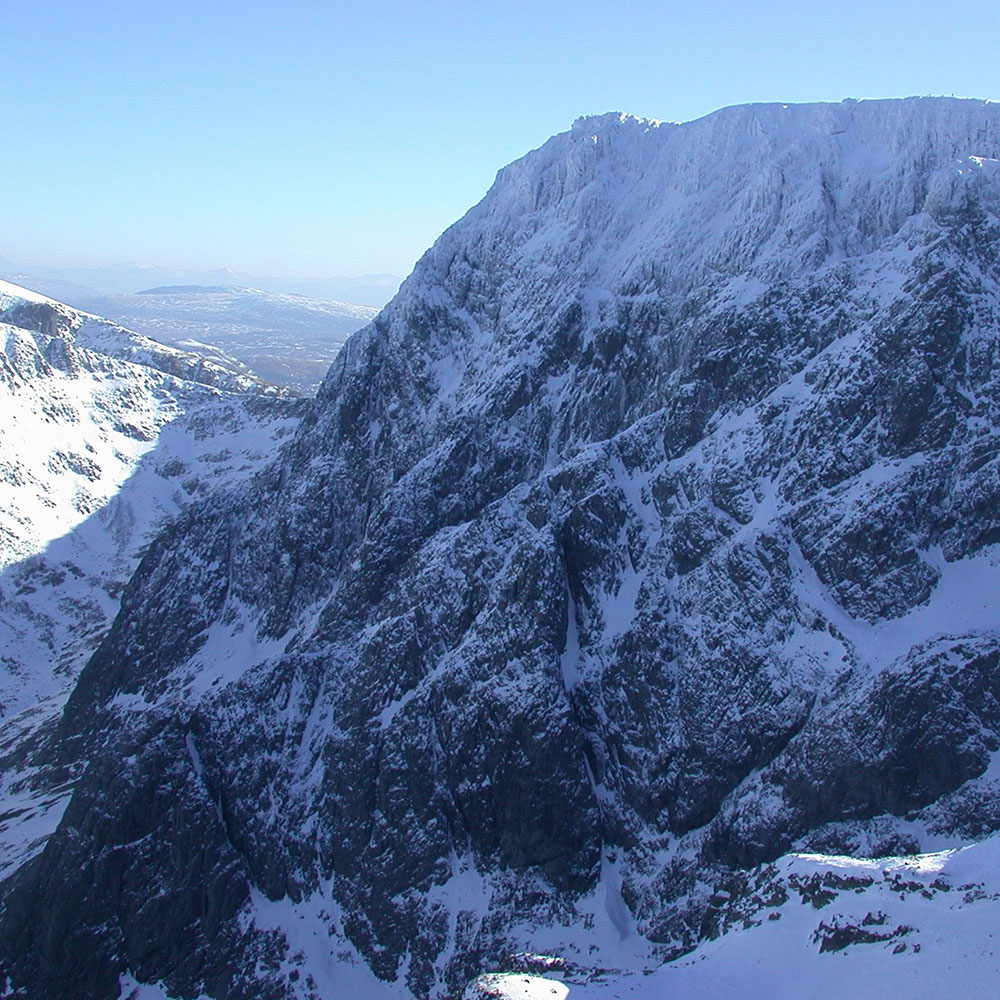 A vital part of this peer coaching day is to consider the avalanche issues that can affect Ben Nevis. It has several large gullies and bowls that have differing aspects. Certain wind directions will quickly fill these bowls and gullies with unstable windslab, and build large unstable cornices. To complicate matters, there is a lot of eddying and swirling of the wind as it blows over Ben Nevis, which can lead to crossloading and pockets of unstable snow where least expected.

A clear-headed critical thought process is essential when it comes to making avalanche decisions. Read all the clues the mountain is giving you as you head into your intended route. Take nothing for granted. On Ben Nevis, there have been times when I have got to within 10 meters of my intended route and turned around, as the final approach slope was too dangerous.

Having climbed and guided all of the classic ice routes on Ben Nevis, I can give advice regarding the difficulties to look out for on some of the longer, mid-grade and harder routes. 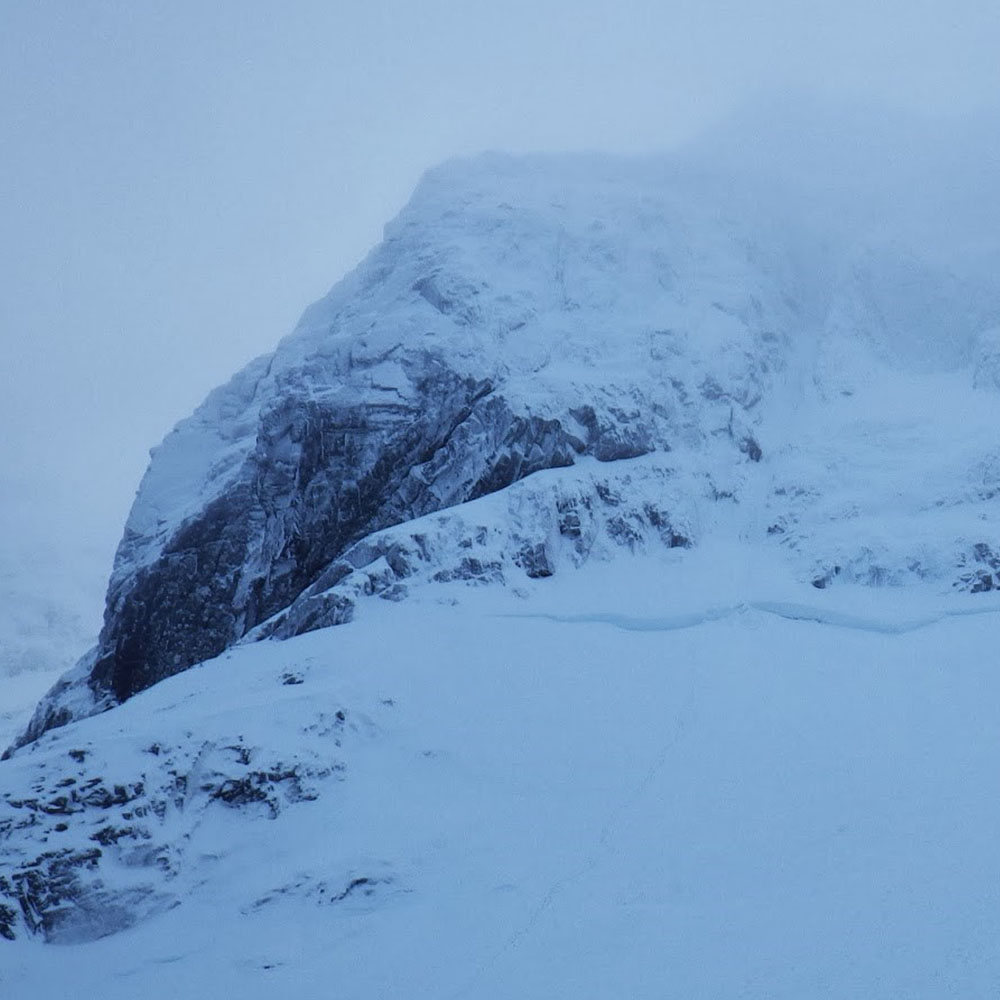 Regarding the choice of which route to climb. One of the philosophies that I teach, and believe works well in such an ever-changing environment, is not to get to fixated on a particular route. Rather, head into the mountain with a particular “type” of route in mind instead. For instance, don’t say, “let’s go and do point 5 gully”, instead say, “let’s go and do a long classic grade V ice route”. This allows you to be flexible when you get there and vary your day to work around avalanche and approach issues, as well as other teams climbing on the mountain. 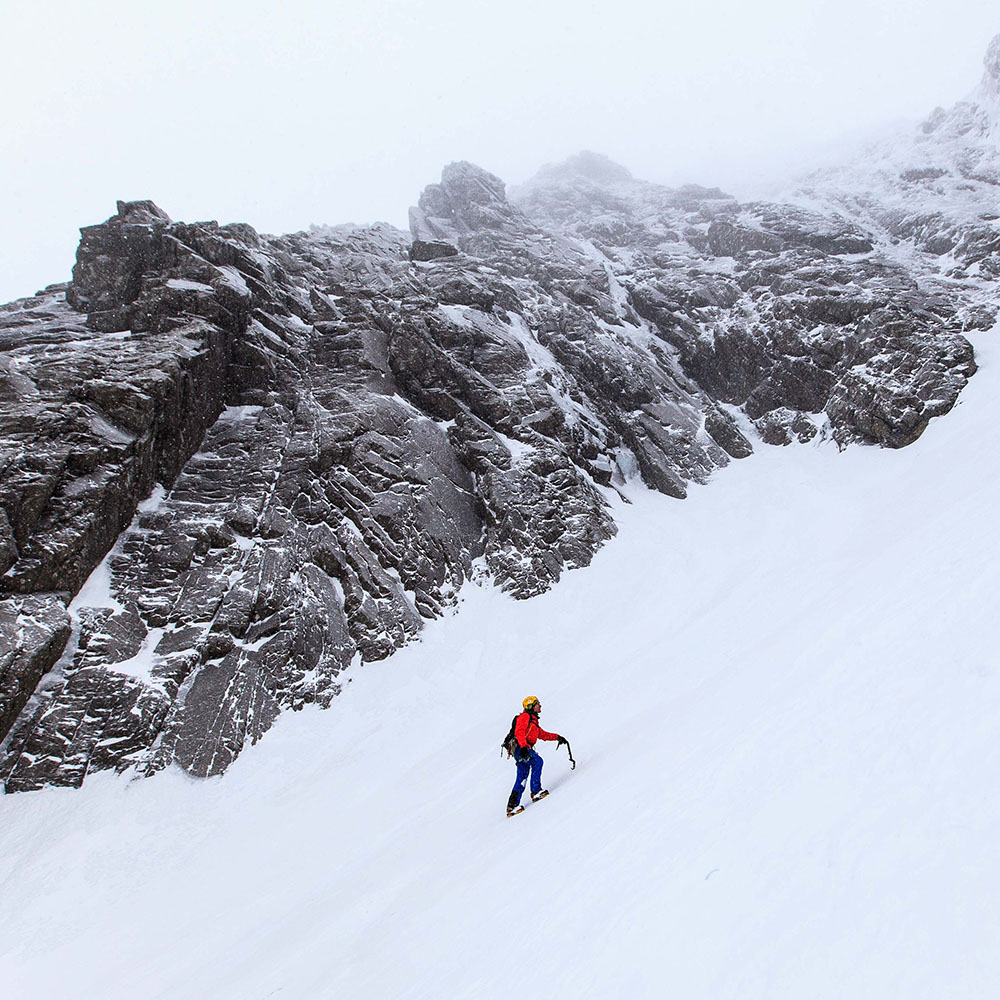 During these workshops, we will try and walk past and discuss as many of the ice and mixed climbing routes on the mountain that we can. Certain routes may have particular avalanche issues during and after certain weather patterns, issues with steep apron approaches, or issues with awkward belays and poor gear.

Understanding these issues can help instructors and guides choose appropriate routes that will work well with the goal or focus of the day. For example, coaching lead climbing in winter. An example of a good route for this is Neptune Gully – a less climbed, long grade III, that is relatively friendly with good belays, ideal for folk starting to move from winter mountaineering to classic, two axe, winter climbing. 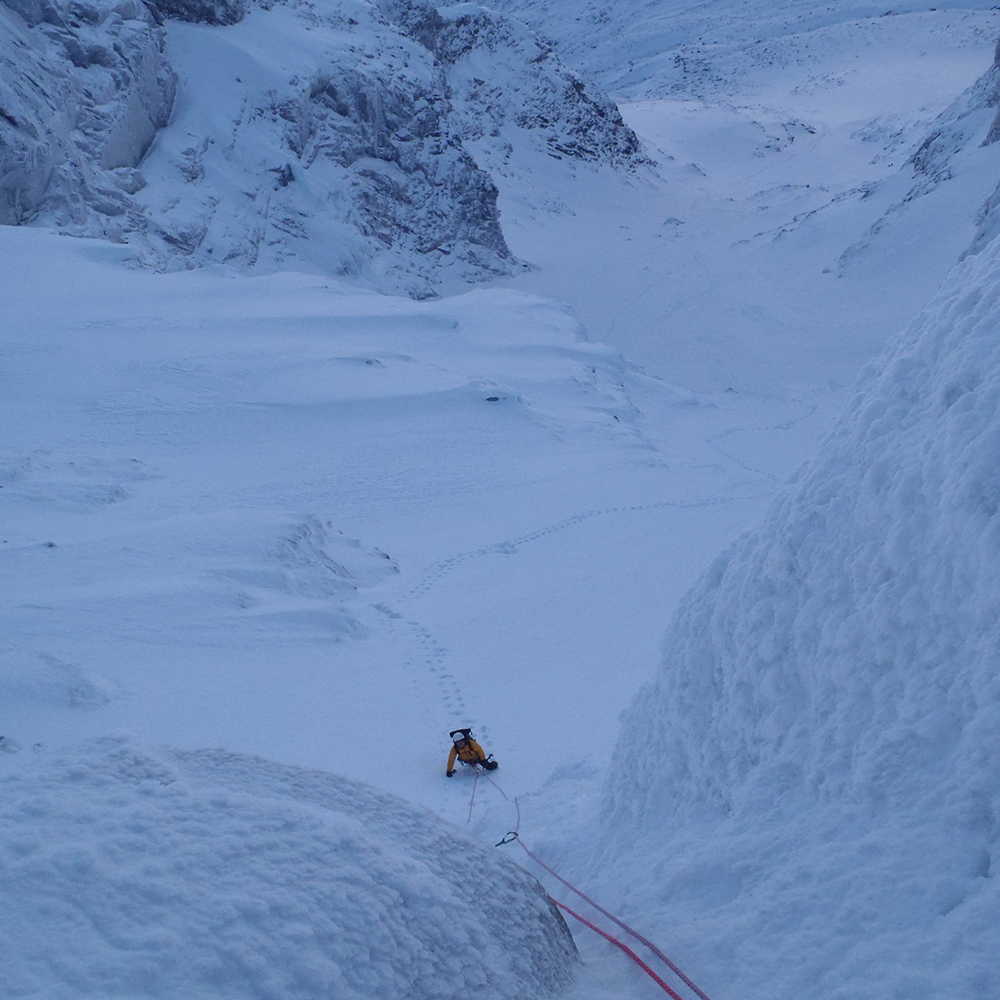 As a guide or instructor, you tend to be either coaching and teaching, or guiding. They are two differing focuses and it is best to be clear regarding what you are trying to get out of the day with your clients. Whichever it is tends to lead you into your “type of route” selection for the day.

A coaching day would ideally involve your clients climbing the route themselves doing all the ropework and leading, with you mainly alongside, teaching and not having to step in and take them up a hard section. Routes for this need to be around grade II/III, consistent at the grade, and have good gear and belays.

A guiding day, well, anything goes within reason. What are you comfortable guiding on? What type of route do your clients want to climb? Steep ice, steep mixed or perhaps a bit of both. 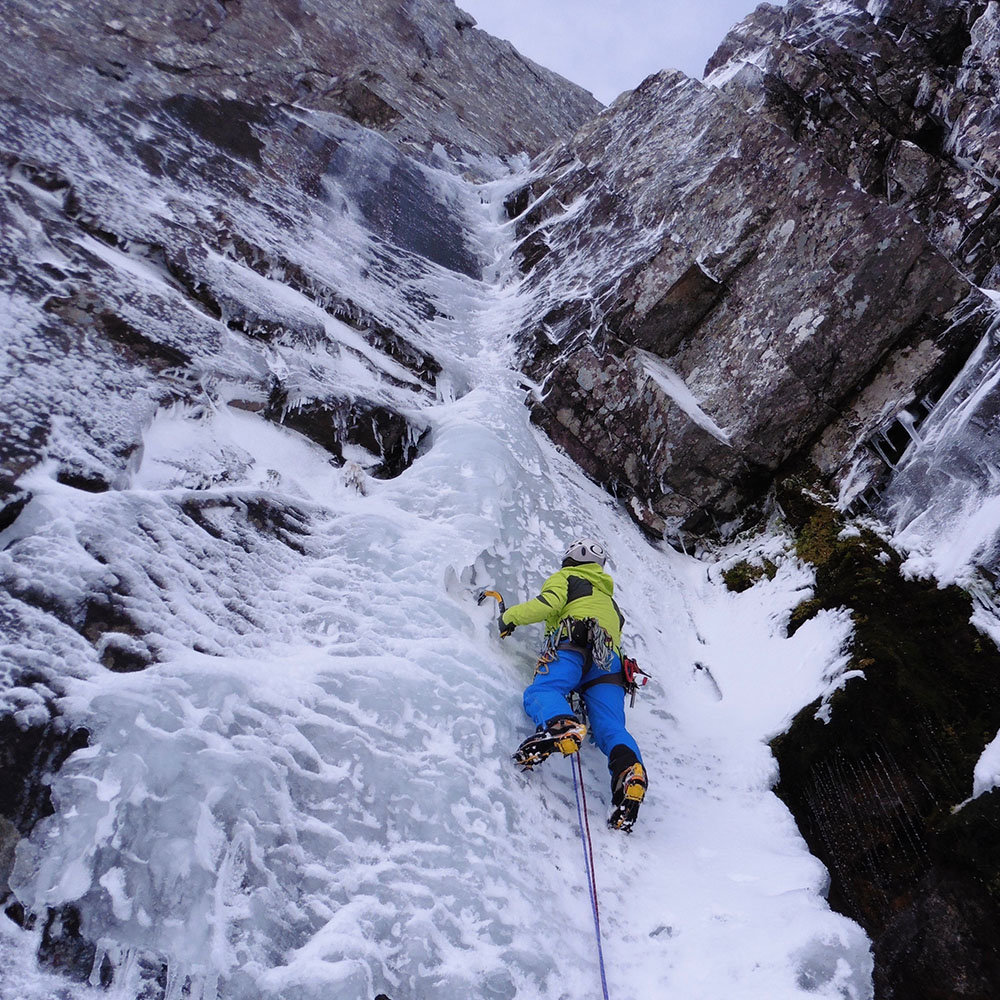 We will also look at the skills involved in moving around the mountain quickly and efficiently with clients. This is more focused on mountaineering and descents rather than climbing the actual route, which is sometimes the easiest and safest part of the day!

To do this we normally climb a grade II/III ridge during the day, looking at short roping / moving together, short pitching and the transitions between. To add to this area of skills coaching, this year, I will also be running a workshop on climbing the classic Tower Ridge with clients: how to move quickly on it, the best route choices and tactics for dealing with the tricky bits. 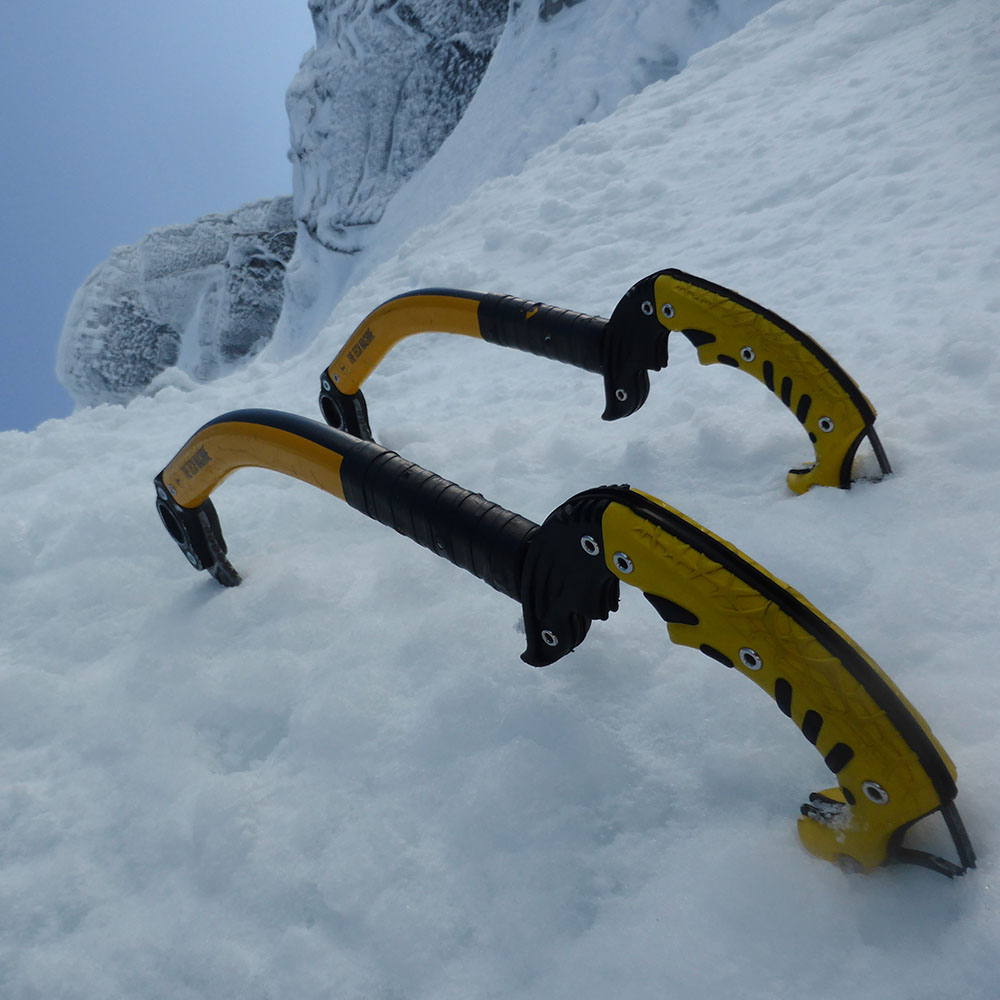 Better to hold on!

As far as descents go, there are several options from the summit plateau of Ben Nevis. Your descent route will depend on the avalanche risk, where you top out and where you want to get back down to. It can be tricky to get back to the CIC hut from the summit if there is a considerable or high avalanche risk on Northerly through to Easterly aspects, as is often the case. One option in this instance is to go over the summit and down the ridge towards Carn Mor Dearg, to the head of Corrie Leis. Due to its large open topography and changing slope aspect, the avalanche loading in Corrie Leis is generally predictable.

There will be an avalanche hazard in the corrie, but because the corrie turns through Easterly through to Westerly aspects, it is usually possible to get down the westerly aspect slopes of the corrie, staying well east, away from either loaded slopes or potential avalanche runout 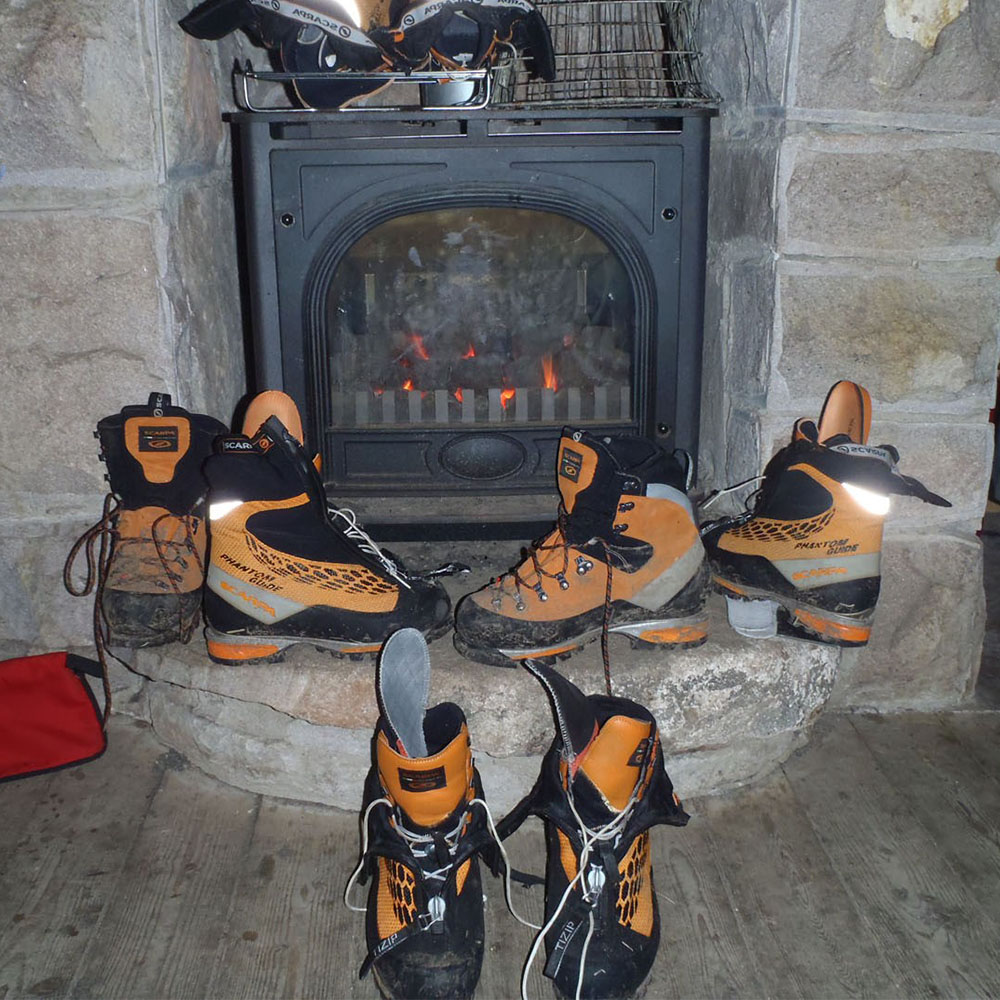 Drying out in the CIC hut after a long day

There is no denying that winter climbing and winter mountaineering carries with it a fair amount of risk. However, we can minimise these risks by sound planning, having the right equipment, being technically competent and most crucially, by making good decisions whilst on the mountain. 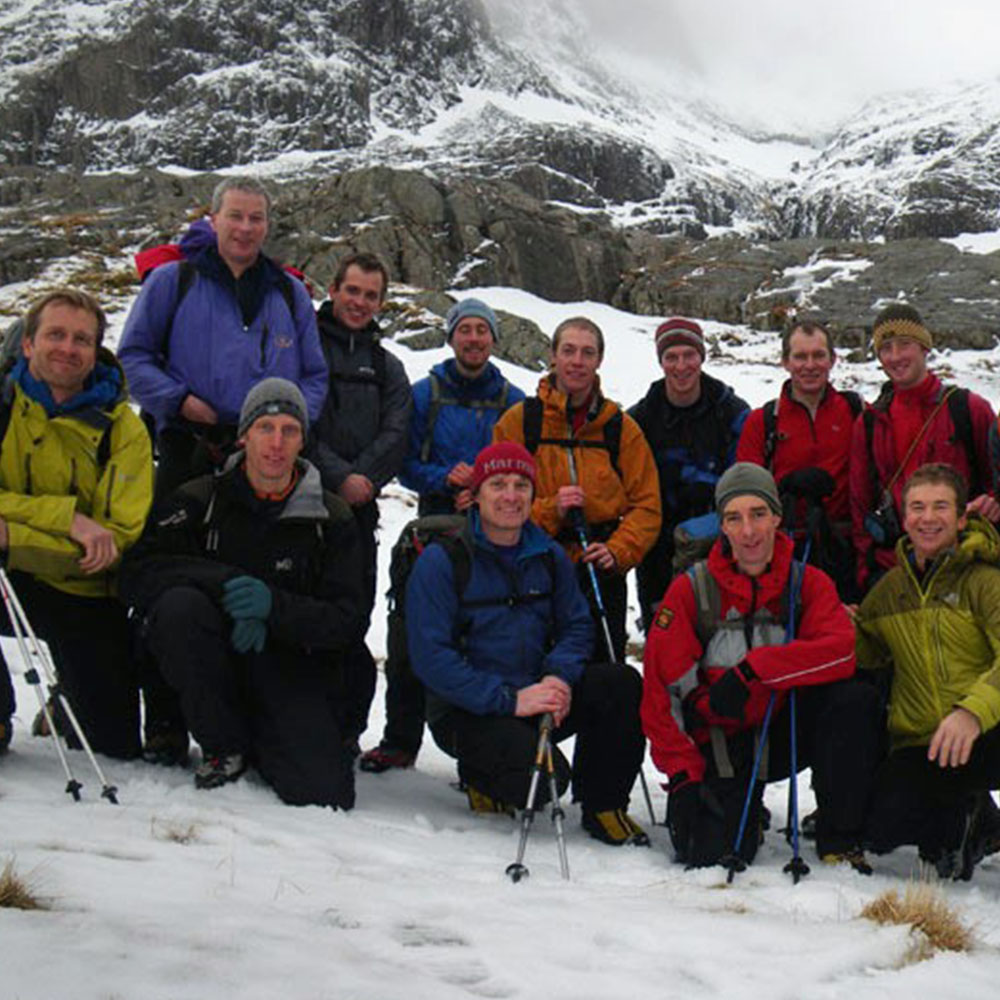 Words and Photos by Richard Bentley

Richard’s brand new Scarpa Team Profile is viewable here. You can find out more about his guiding services and see some of his winter skills videos along with much more.

Winter Climbing on the Ben