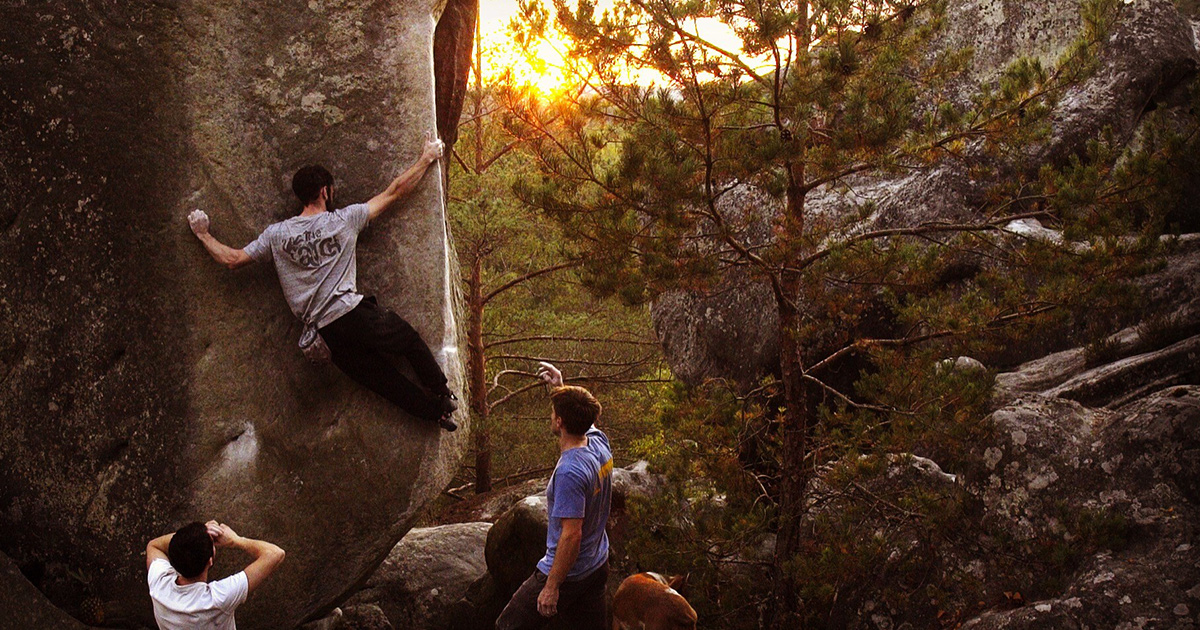 Wild Lines; the video featuring three of the UK’s strongest competition climbers, Nathan Phillips, Matt Cousins, and Dave Barrans has just been released. The Scarpa sponsored trio took advantage of some fair weather in Fontainebleau during 2017 to try some of the more radical problems in the forest. We got an insight into the video when speaking to Nathan and Matt recently. They gave us a detailed account of the amount of cheese consumed between climbs, as well as a couple of rock shoe suggestions for getting the most out of Font.

Volo Digital (the creators of the film)has made some great climbing films over the years, can you give us an insight as to what it’s like to be filmed for something like this, is the pressure on?

Matt Cousins: I’ve worked with David Petts (‘Volo’) on a few films now so we have a good relationship. I don’t feel any pressure being filmed it’s always relaxed. I think now it’s just like having a mate around holding a camera.

Nathan Phillips: Dave has a chilled way of going about filming. It’s not like he asks us to do anything we wouldn’t be doing if he wasn’t there. We just climb, just like we do every day. So, no pressure really.

Do you have to adapt your climbing style when being filmed?

Matt: I think it’s quite important just to do what you’d normally do and not change anything just because you’re behind a camera.

Nathan: No not at all, like I said before, it’s just another climbing trip for us and Dave is there to document it. 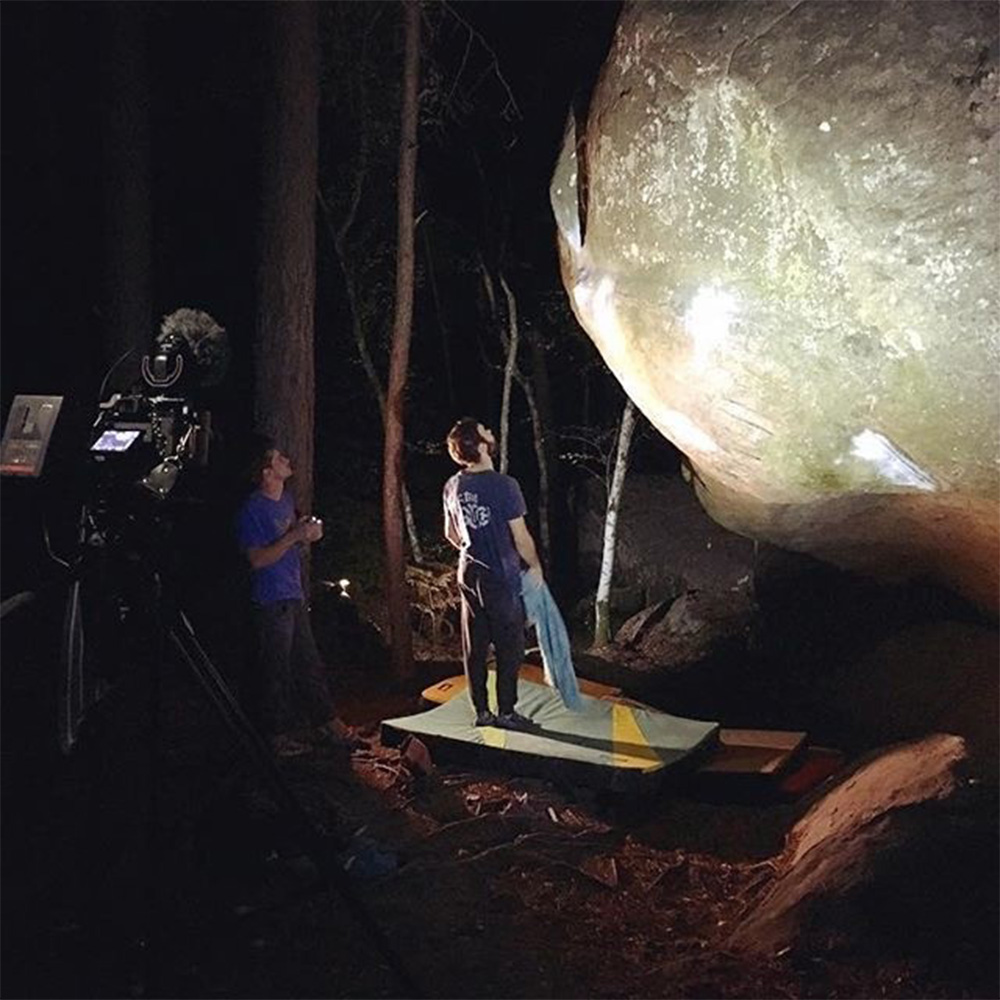 The narrative of the Film makes it a bit different from other bouldering films was the dynamic between the three of you unexpected?

Matt: I’m not sure it was unexpected. We all know each other and have become good friends through the comp scene. We’ve also traveled together competing internationally so I knew that I get on with Dave and Nathan and it was going to be a fun trip but I didn’t think it’d be that fun!

Nathan: I enjoyed this trip more than any other trip to Font and that’s down to the company I had.

What part of your climbing has benefited most from climbing with other top boulderers from Team Scarpa?

Matt: I think I’m able to try harder when Climbing with Dave and Nathan. They are both really supportive. It’s also helpful to share beta with each other. Especially when we’re trying a project that none of us have done, we basically combine our individual skills to work out the best way to do the bloc. 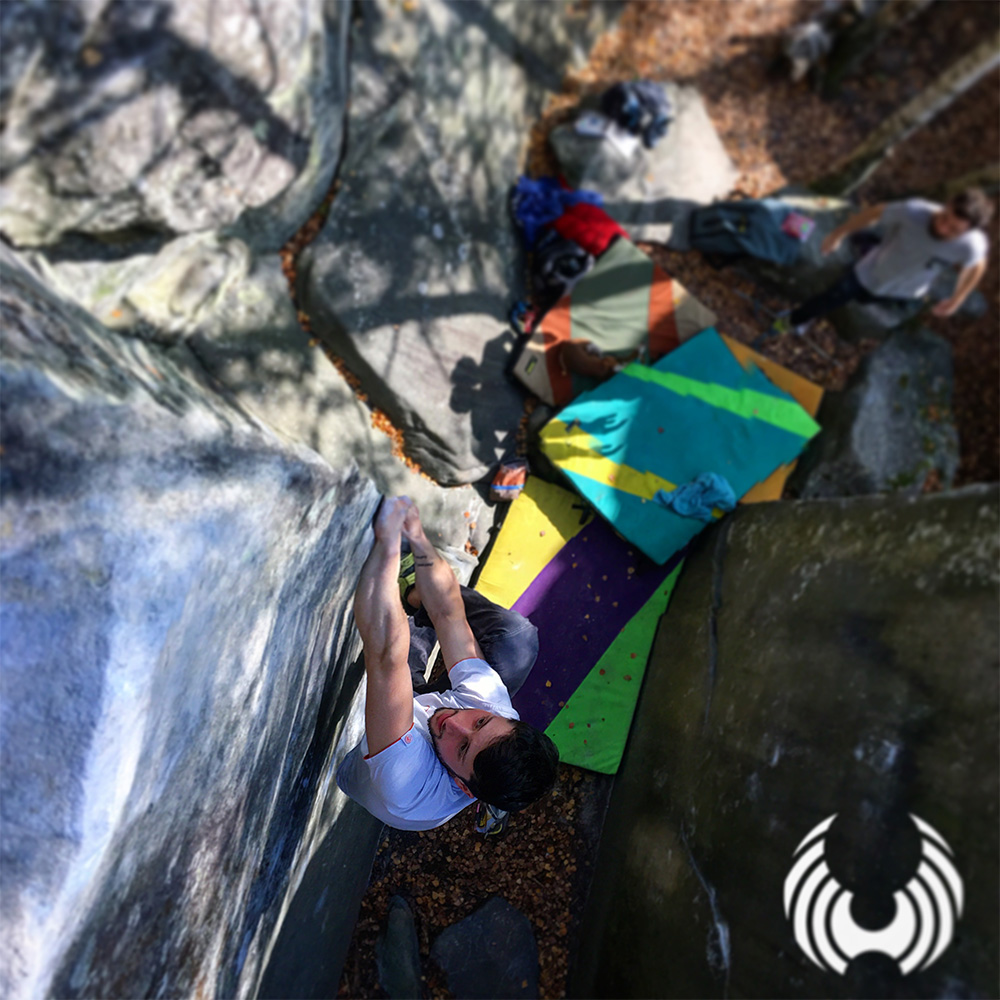 What did you guys get up to when you weren’t on the rock?

Matt: We played cards quite a lot, and ate cheese and baguettes. We also took a tour of the local Decathlon.

Does your climbing style suit Fontainebleau?

Matt: I don’t think so! But it’s really interesting to try and adapt to the font style. I always come away from a trip to Font feeling that I’ve learned something new.

Nathan: Font is very varied. You can climb pretty much any style you want there if you search it out. I think I’m fairly well rounded in most styles so it gives me more things to try.

What features of rock shoes do you think are best for climbing in Fontainebleau?

Matt: I think some of the softer shoes work best in Font. The rock is quite smooth so a softer shoe that has a better ability to smear is favourable. Something in the soft range is ideal Drago, Furia, Chimera or the Instinct VSR.

Nathan: As the style is so varied I would recommend taking a good edging shoe for those precise slabs and also a softer shoe for smearing. I think the Instinct VSR has the best of both. 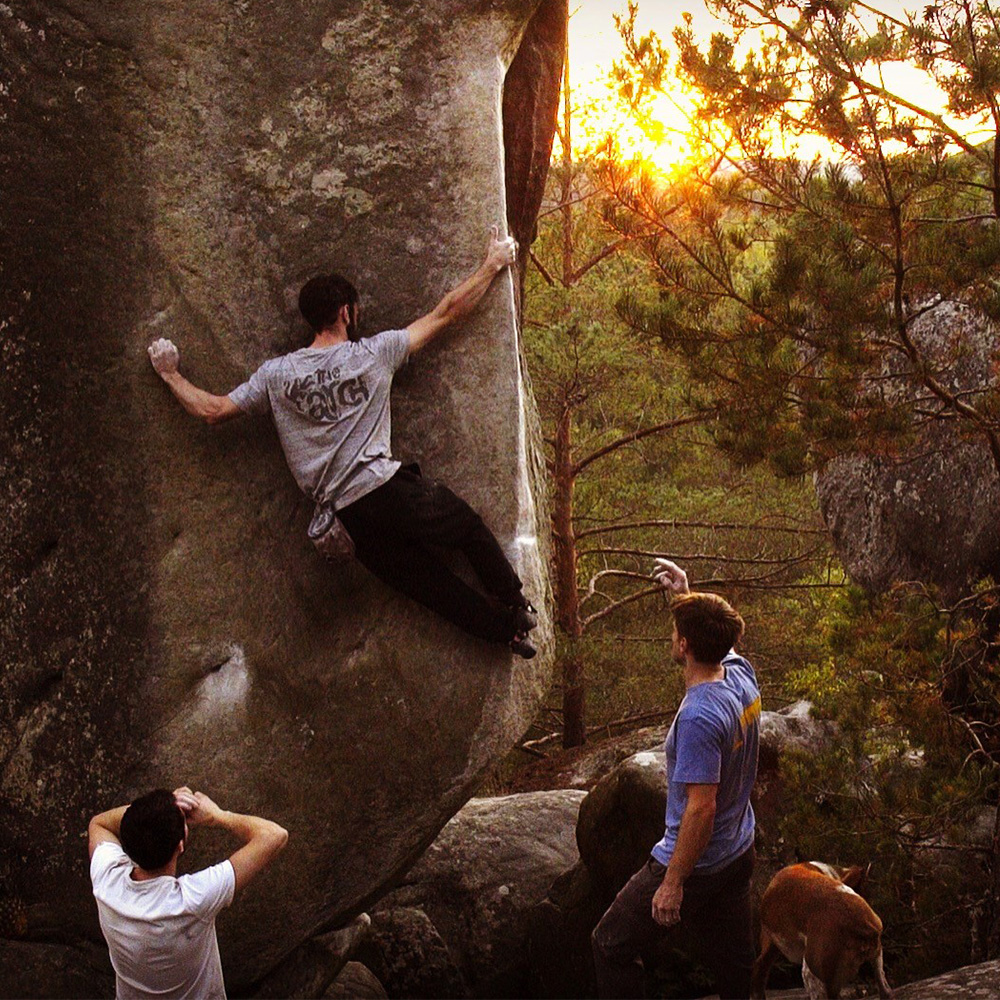 Are you planning on working with other Scarpa Team members again in the future?

Nathan: At the moment no outdoor trips have been planned but Matt and I will be doing a week of touring German Bouldering gyms before the World Cup Season kicks off in the spring.

You’ve been to some of the bouldering Mecca’s around the world like Rocklands etc… where does Font rank in this list? Is there anywhere new in mind for the next project?

Matt: I think Font is up there with the best, I always forget how vast it is. There’s a lifetimes worth of boulders out there. There are so many incredible shapes, holds and cool rock configurations I don’t think you’d ever get bored.

Thanks for your time guys keep up the strong climbing in 2018!

Take a look at the profiles for Nathan Phillips and Matt Cousins to learn more about these Scarpa Athletes.